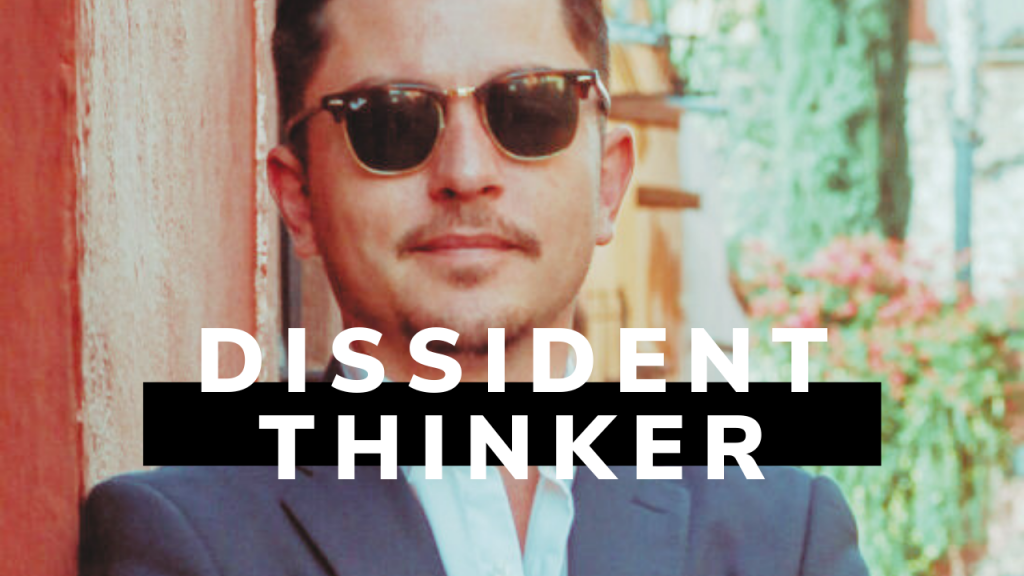 James Guzman of Borderless Blog discusses how he became a dissident thinker, censorship, working for Peter Schiff, and waiting for the debt bubble to burst. We talk about developing local community, rising totalitarianism, Ukraine, and how COVID1984 is going in México.

James Guzman of Borderless Blog is a American born writer and investment consultant specializing in non-conventional markets and countries.  He is a native of San Diego, California but as the son of a sailor in the US Navy spent his youth around many different cultures and areas. Growing up as a third culture kid has made him accustomed to working with people from many different backgrounds.

James joined the US Navy straight out of high school and was stationed onboard the USS Bataan from 2004-2008 during which he took part in Operation Enduring Freedom and Hurricane Katrina Relief. He then used the GI Bill to go to Saint Louis University in Madrid, Spain and graduated with a Bachelors degree in International Business. He also studied Economics, Philosophy and Political Economy at the Ludwig von Mises Institute in Auburn, Alabama.

Since graduating he has worked as a broker for Euro Pacific Bank, real estate agent from Coldwell Banker Premier in Mexico and content contributor to many publications. He currently lives in San Miguel de Allende, Mexico and helps people with many things pertaining to buying real estate, immigration issues and online marketing. He has been to over 17 countries and lived and worked in six and in addition to investments is also knowledgable of citizenship/residency laws.