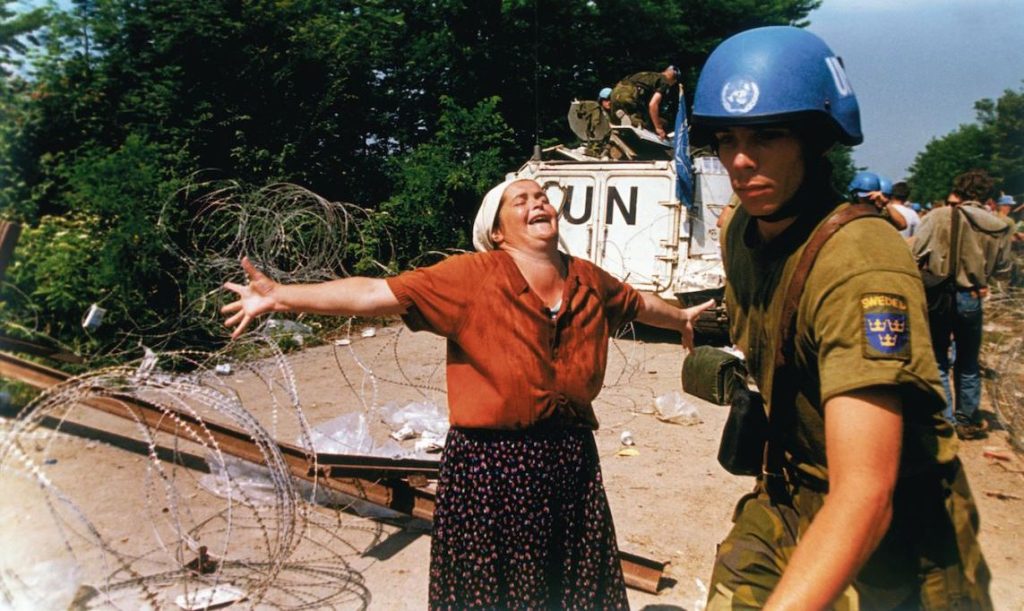 A woman from Srebrenica, Yugoslavia screams at a United Nations soldier in a refugee camp in Tuzla, Bosnia, July 17, 1995. Over 7,000 men were executed as the United Nations Safe Haven in Srebrenica was overrun by Serb forces, and thousands of bodies were found in mass graves around Srebrenica and still have not been identified.
Share
Twitter Telegram LinkedIn Facebook Email
Geopolitics & Empire · Christian Costamagna: The ‘Special War’ Doctrine to Destroy Yugoslavia #78

Dr. Christian Costamagna brings to light new research on the Yugoslav “Special War” describing the foreign interference and destabilization of Yugoslavia in the 1980s which exacerbated the existing internal crises and led to the bloodiest war in Europe since WWII.

Dr. Christian Costamagna is an Italian scholar specialized in the history of the Balkans and Eastern Europe. During the academic year 2014-2015, he taught Contemporary History and History of Eastern Europe at the University of Eastern Piedmont. He obtained his PhD in Historical Sciences at the same university in July 2013, with a thesis on Slobodan Milošević’s ascent to power in the second half of the 1980s in Serbia.

Dr. Costamagna previously undertook a seven-month internship at the Institute for Contemporary History in Belgrade in 2011. In 2012 he spent an additional semester at the Faculty of Arts at the University in Ljubljana, completing research at the National Archives of Slovenia. Dr. Costamagna has written for various Italian and other European journals about history, politics and geopolitics of the Western Balkans. He is also a member of the Scientific Committee of EastJournal.net (Italy).