Klaus Dodds: Scramble for the Poles? Geopolitics of the Arctic and Antarctic 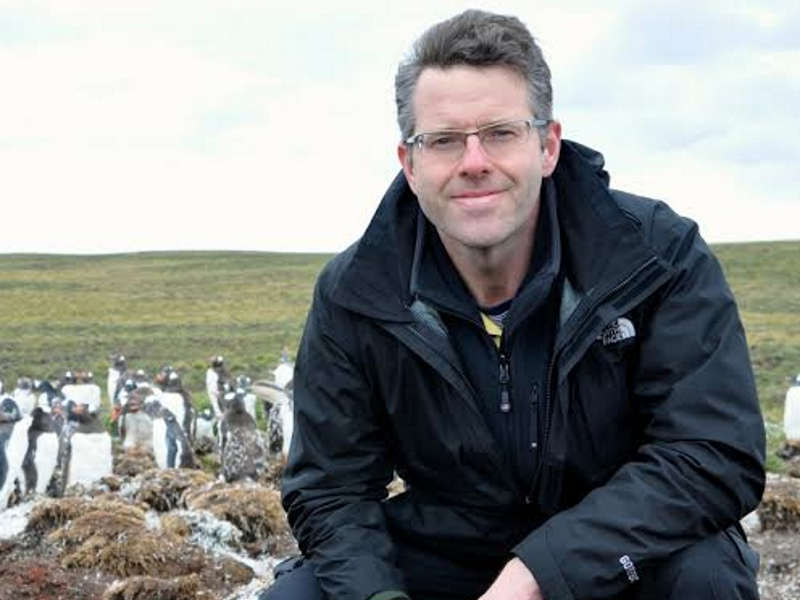 Professor of geopolitics Klaus Dodds explains the ‘Scramble for the Poles’ and how elements of stagecraft and triumphant geopolitics are used by countries such as Canada, China, and Russia to gain currency in order to better assert themselves in the Arctic and Antarctic. He explains the legal regimes that govern the regions, the Cold War military history, and what the future holds for one of the last frontiers.

In 30 years the Antarctic Treaty becomes modifiable, and the fate of a continent could hang in the balance https://theconversation.com/in-30-years-the-antarctic-treaty-becomes-modifiable-and-the-fate-of-a-continent-could-hang-in-the-balance-98654

Triumphant geopolitics? Making space of and for Arctic geopolitics in the Arctic Ocean https://pure.royalholloway.ac.uk/portal/en/publications/triumphant-geopolitics-making-space-of-and-for-arctic-geopolitics-in-the-arctic-ocean(71b6e049-147b-4b33-8234-7291e58f7702).html

Professor Klaus Dodds researches in the areas of geopolitics and security, media/popular culture, ice studies and the international governance of the Antarctic and the Arctic.

He has published many authored and edited books including Ice: Nature and Culture (Reaktion 2018), Research Companion on the Politics of the Antarctic (Edward Elgar 2017 with Alan Hemmings and Peder Roberts), The World is Not Enough: The Geographies, Genders and Geopolitics of James Bond (Palgrave Macmillan with Lisa Funnell 2016), Scramble for the Poles? The Contemporary Geopolitics of the Arctic and Antarctic (Polity 2015 with Mark Nuttall), International Politics and Film (Columbia University Press 2014 with Sean Carter), The Antarctic: A Very Short Introduction (Oxford University Press 2012), Geopolitics: A Very Short Introduction (Oxford University Press, 2007 and 2014 second edition), Global Geopolitics: A Critical Introduction (Pearson Education, 2005) and Pink Ice: Britain and the South Atlantic Empire (I B Tauris, 2002) and co-edited The Ashgate Research Companion to Critical Geopolitics (Ashgate 2013), Spaces of Security and Insecurity (Ashgate 2009), Observant States: Geopolitics and Visual Culture (I B Tauris 2009), Geopolitical Traditions (Routledge 2000), Polar Geopolitics: Knowledges, Legal Regimes and Resources (Edward Elgar 2014). His newest book is co-authored with Mark Nuttall, The Arctic: What Everyone Needs to Know (OUP 2019).

He was editor of The Geographical Journal between 2010-2015 and is currently editorial board member of Critical Studies on Security, Geopolitics, International Journal of James Bond Studies, Marine Policy, Political Geography and Polar Record. He is also co-editor of the Routledge Geopolitics Series (with Reece Jones of University of Hawai’i). In 2018, he was appointed deputy editor of Territory, Politics and Governance and will become editor in chief in 2019.

Klaus is a Council Member of the Canada-UK Council and a member of the UK Arctic Antarctic Partnership.

He has worked for the UK Parliament as specialist adviser to a House of Lords Select Committe on the Arctic and the House of Commons Environment Audit Committee.

He is the Director of Research for the Department of Geography at Royal Holloway and acts as REF 2021 lead.