Victor Bulmer-Thomas: The U.S. Empire is in Retreat 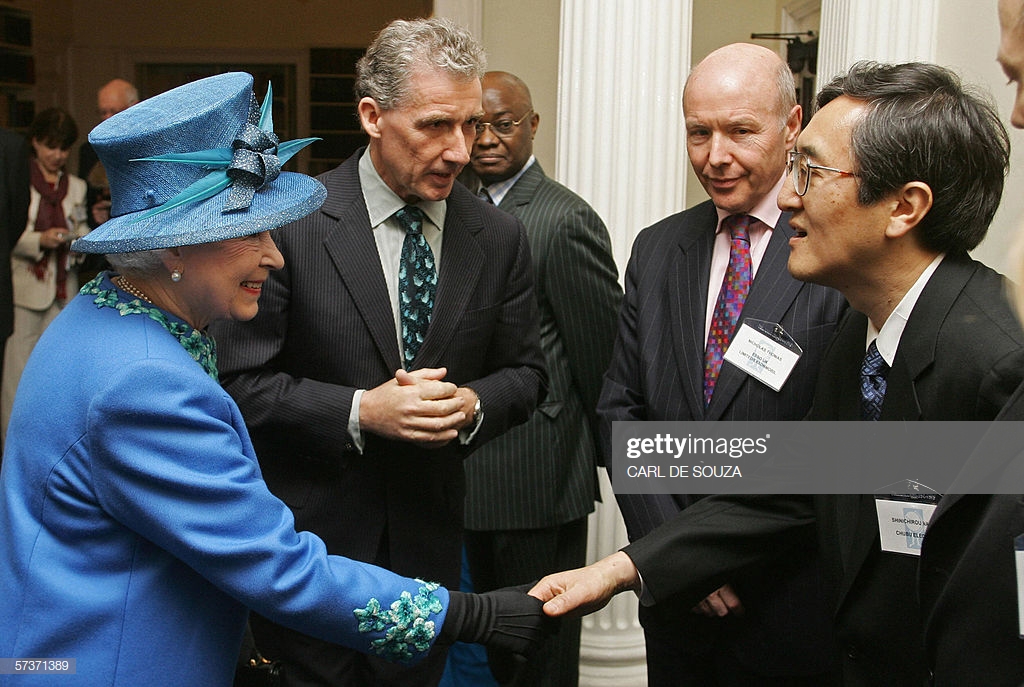 LONDON, United Kingdom: Britain's Queen Elizabeth II (L) shakes hands with Shinichirou Nagai (R), General Manager at the London Liason office of Chubu Electric, Japan's third largest electric company, after being introduced to Nicholas Thomas (2nd R), Director of Corporate Affairs for U.K and Ireland at Esso UK Limited/Exxonmobil, as Professor Victor Bulmer-Thomas OBE, Director of Chatham House (2nd L) looks on at Chatham House, in London, 20 April 2006. The Queen visited the Royal Institute of International Affairs at Chatham House to mark the 80th anniversary of the Institute's Royal Charter. The Queen also listened to a debate and discussion on the "World in 2020" by research staff at the House. The Monarch celebrates her 80th birthday 21st April, with a walkabout in Windsor town followed by a dinner in the evening hosted by her son Prince Charles in her honour. AFP PHOTO/CARL DE SOUZA/WPA POOL/AFP (Photo credit should read CARL DE SOUZA/AFP via Getty Images)
Share
Twitter Telegram LinkedIn Facebook Email
Geopolitics & Empire · Victor Bulmer-Thomas: The U.S. Empire is in Retreat #123

Former Chatham House director Dr. Victor Bulmer-Thomas discusses his book “Empire in Retreat” which explains that the U.S. became an empire from its very inception and how it developed a new form of semi-global empire through institutions which it used to manage the world (e.g. UN & Bretton Woods). He believes the retreat of U.S. Empire is accelerating under the Trump administration due to inherent internal problems such as a declining economy (e.g. crumbling infrastructure, deteriorating quality of education), social inequality, and a consequent growth of anti-exceptionalism and anti-militarism among its own citizenry.

Victor Bulmer-Thomas is Associate Fellow in the US and the Americas Programme at Chatham House, Honorary Professor at the Institute of the Americas, University College London and Emeritus Professor of Economics at London University. From 2001 to 2006 he was Director of Chatham House and from 1992 to 1998 he was Director of the Institute of Latin American Studies at London University. He edited the Journal of Latin American Studies from 1986 to 1997 and has authored or edited more than 20 books on Latin America and the Caribbean, including The Economic History of Latin America since Independence (3rd edition, 2014) and The Economic History of the Caribbean since the Napoleonic Wars (2012). His new book, Empire in Retreat: the Past, Present and Future of the United States, will be published in March 2018. He is a non-executive director of the JP Morgan Brazil Investment Trust. He has received honours from the governments of Brazil, Colombia and the UK.