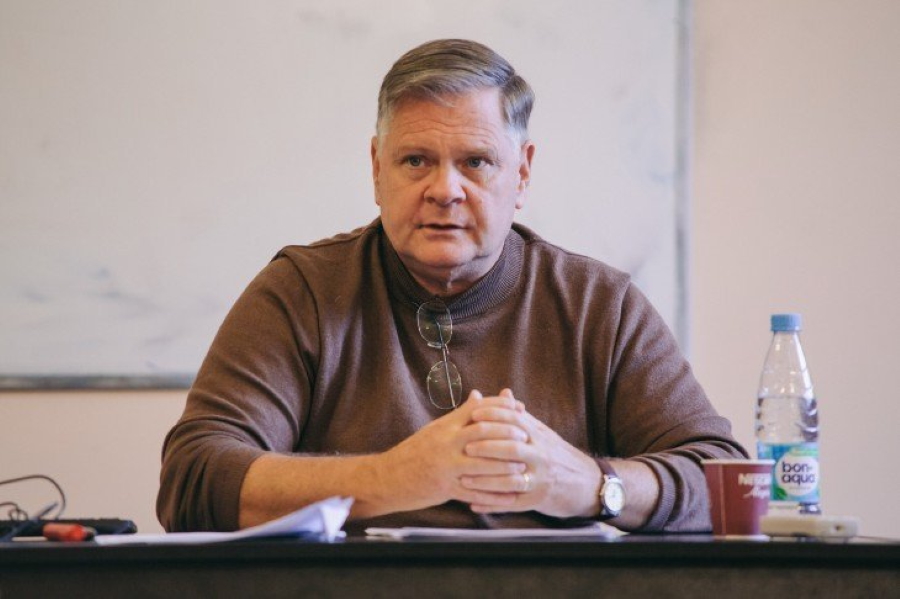 Gordon Hahn discusses what he calls the New East-West Cold War or Russia-West Tinderbox, which can potentially escalate into a WWIII scenario. He examines the key drivers between the Russia-West divide which is primarily EU/NATO expansion (e.g. Belarus, Ukraine, Donbass), a situation that will continue to fester and could explode at any moment unless it is resolved. He comments on China’s rise as a global hegemon and believes Russia and China will make Afghan inroads as the U.S. withdraws and the Taliban likely come to power. Finally, he looks at the “authoritarian-ization” or “Putin-ization” of America, where neo-liberals, leftists, and big tech have melded with the military-industrial-complex and oligarchic globalists who are pushing the U.S. toward a one-party state. Beyond that, these forces are pushing for some form of transnational or world government.

He is the author of the forthcoming book from McFarland Publishers Ukraine Over the Edge: Russia, the West, and the Making of the Ukrainian Crisis and ‘New Cold War. Previously Dr. Hahn has authored three well-received books: The Caucasus Emirate Mujahedin: Global Jihadism in Russia’s North Caucasus and Beyond (McFarland Publishers, 2014), Russia’s Islamic Threat (Yale University Press, 2007), and Russia’s Revolution From Above: Reform, Transition and Revolution in the Fall of the Soviet Communist Regime, 1985-2000 (Transaction Publishers, 2002).

In addition, Dr. Hahn has published numerous think tank reports, academic articles, analyses, and commentaries in both English and Russian language media. He has taught at Boston, American, Stanford, San Jose State, and San Francisco State Universities and as a Fulbright Scholar at Saint Petersburg State University, Russia and has been a senior associate and visiting fellow at the Center for Strategic and International Studies, the Kennan Institute in Washington DC, and the Hoover Institution.