Piers Robinson: You Have to be Profoundly Naive to Think This is Just About Public Health 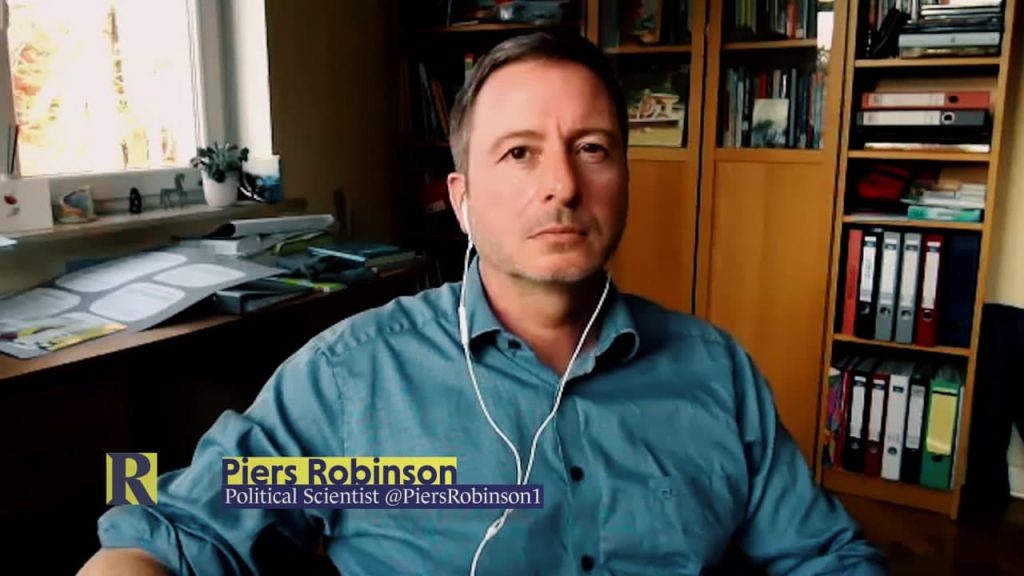 Dr. Piers Robinson returns to discuss being targeted by the MSM for accurately calling out truths surrounding Covid-19 from the beginning, analysis which has since proven to be right on the money. He believes the smear campaign tactic is greatly waning in efficacy and that more people are waking up. He gives an update on COVID9/11 including the propaganda, censorship, and how this event is being used for a very major political and economic restructuring towards Central Bank Digital Currency and total control over money. Vaccine Passports are sold as a moral imperative in order to get people onto the Digital ID which is the stepping stone to CBDCs and neo-feudal technocracy. You have to be profoundly naive to think this is just about a public health crisis. He sees people taking grassroots concerted action and hopes that the Great Reset begins to unravel, though admits the risk is clearly there that we could end up in a very bad place as in history past.

Geopolitics & Empire · Piers Robinson: You Have to be Profoundly Naive to Think This is Just About Public Health #233

Working Group on Propaganda & the 9/11 Global “War on Terror” https://propgwot.org

Dr Piers Robinson is Co-Director of the Organisation for Propaganda Studies, convenor of the Working Group on Syria, Propaganda and Media and Chief Editor of Speciality Section ‘Political Communication’ in Frontiers in Communication

Professor/Chair in Politics, Society and Political Journalism, University of Sheffield, 2016-2019.

He researches communication, media and world politics, focusing on conflict and war. His work has been cited in publications such as ‘The Responsibility to Protect’, published by the International Commission on Intervention and State Sovereignty (ICISS), and he has received many invitations to lecture and advise on these topics. He has lectured at the NATO Defense College in Rome, given presentations/briefings at the University of Oxford to UK senior military commanders and diplomats and at St Cyer military academy in France. He has given public talks for Stop the War Coalition, Frome Stop the War and Media on Trial.

His current research focuses on organised persuasive communication (OPC) and contemporary propaganda. The development and application of a conceptual framework, designed to examine deceptive and non-deceptive OPC, was originally applied to the case of the 2003 Iraq War and is now published. This research has been developed into a broader research agenda aimed at theorising and researching propaganda and he is currently working on a number of projects including research funding bids examining propaganda during the current Syrian conflict,  propaganda during the 9/11 ‘war on terror’, as well as conceptual papers and monographs on OPC and propaganda.

Piers is also active in cultivating a number of related activities aimed at engaging both the academic community and the public with the issue of deceptive and coercive OPC and contemporary propaganda. These include the recently established Organisation for Propaganda Studies (co-directors Professors David Miller, Chris Simpson and Mark Crispin Miller), the Working Group on Syria, Propaganda and Media  and the Working Group on Propaganda and the 9/11 Global ‘War on Terror’.