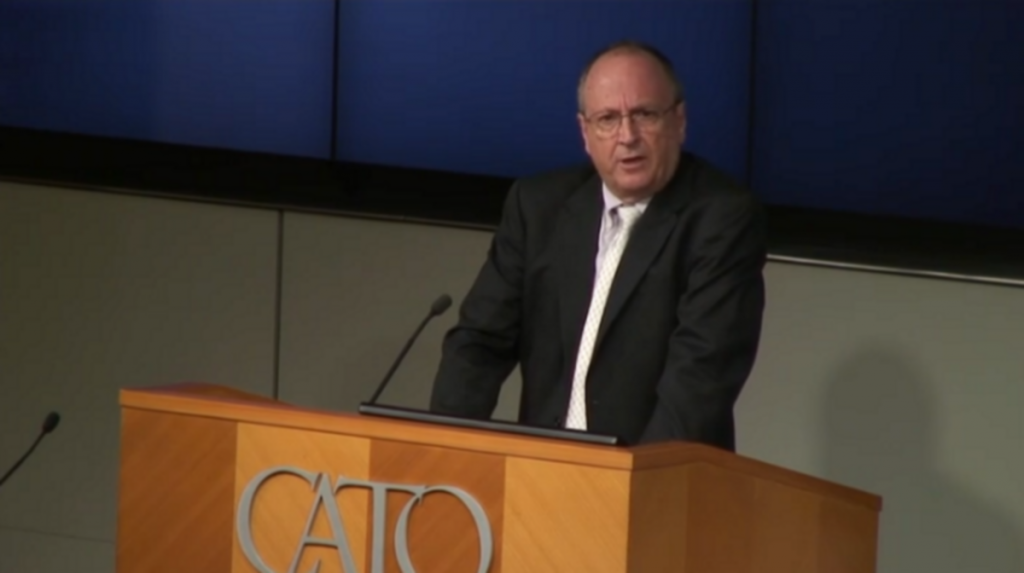 Professor Emeritus David Hendrickson discusses the Ukraine crisis, the unleashing of Weapons of Financial Destruction (WFDs) by Washington, and the coming economic war. He likens what is coming to the spread of coronavirus around the world. The West wants not only to strangle Russia, but also not allow other states (e.g. China, Iran) to avoid future such sanctions on them. The U.S.-China relationship is where it will get hot and heavy, Beijing has extraordinary market power, and has become Moscow’s ‘permanent ally’. He does agree that American Empire is declining, but posits that the power it has to ‘take a lickin’ and keep on tickin” is great. He doesn’t think the Ukraine conflict will escalate and sees parallels to the invasion of Iraq.

The People Will Split the Baby https://www.theamericanconservative.com/articles/the-people-will-split-the-baby

We Have Yet to See the Full Economic Costs of War With Russia https://nationalinterest.org/feature/we-have-yet-see-full-economic-costs-war-russia-201191

Weapons of Financial Destruction and the New World Disorder https://www.theamericanconservative.com/articles/weapons-of-financial-destruction-and-the-new-world-disorder

David C. Hendrickson is Emeritus Professor of Political Science at Colorado College, where he taught from 1983 to 2020. He may be reached at dhendrickson@coloradocollege.edu.

Courses taught at Colorado College include Introduction to International Politics, The Conduct of American Foreign Policy, Origins of the Modern State System, The American Founding, The American Century, and Smiling Through the Apocalypse.

Hendrickson attended Colorado College from 1971 to 1976. Although a History major, he took many courses in the Political Science department, to which he returned as a teacher in 1983. He received tenure at Colorado College in 1990, became a full professor in 1996, and was Robert J. Fox Distinguished Service Professor from 2004 to 2009. He directed the journalism minor at Colorado College from 2003 to 2017. In 2018, Hendrickson received the Gresham Riley Award from the CC Alumni Association for outstanding service, commitment, and accomplishment.

Hendrickson wrote three books with his former professor at Johns Hopkins University, Robert W. Tucker: The Imperial Temptation: The New World Order and America’s Purpose (Council on Foreign Relations, 1992), Empire of Liberty: The Statecraft of Thomas Jefferson (nominated by Oxford University Press for a Pulitzer Prize, 1990), and The Fall of the First British Empire: Origins of the War of American Independence (Johns Hopkins, 1982). He is also the author of The Future of American Strategy (Holmes and Meier, 1987) and Reforming Defense: The State of American Civil-Military Relations (Johns Hopkins, 1988).

Hendrickson was the Whitney Shephardson fellow at the Council on Foreign Relations in 1991-92 and was a member of the council from 1995 to 2020. He served on the editorial board of Ethics and International Affairs from 1994 to 1999. His Peace Pact was named an Outstanding Academic Title by Choice magazine in 2003

Hendrickson was a book reviewer (“United States”) for Foreign Affairs (from 1994 to 1998) and has published essays in a variety of foreign policy journals, including World Policy Journal, Foreign Affairs, The National Interest, Ethics and International Affairs, Orbis, and Survival.

Hendrickson was born in Oklahoma City, Oklahoma in 1953. He has been married to Clelia deMoraes since 1979. They have three children, one of whom, Whitney deMoraes Hendrickson, died in a tragic accident in 2009.