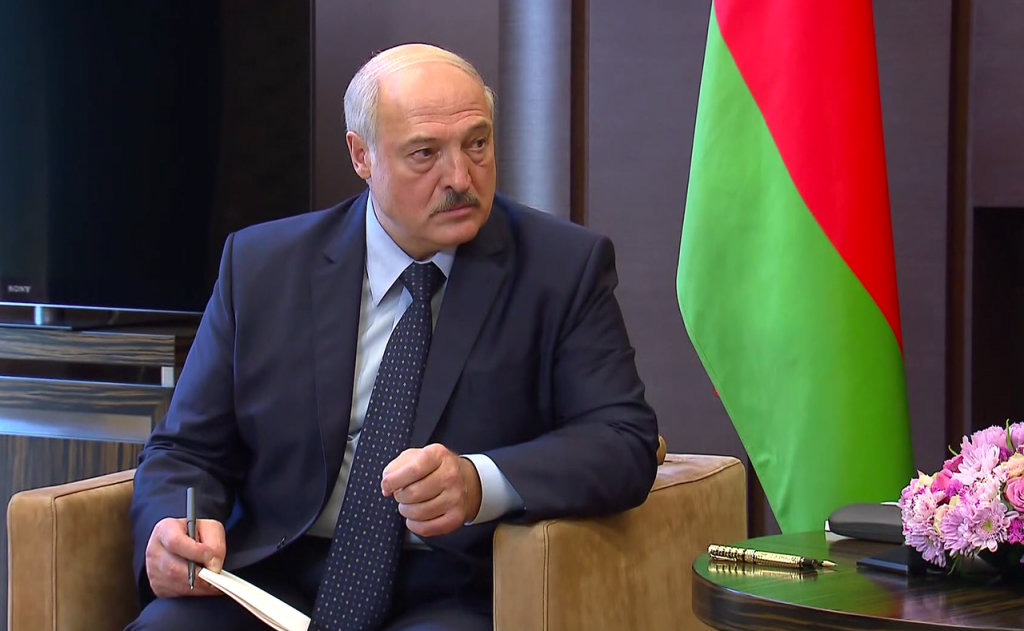 After Belarus’ President Alexander Lukashenko said that Russia’s war in Ukraine is dragging on, some Western analysts started speculating that the Belarusian leader is attempting to distance himself from the Kremlin. In reality, at least for now, Minsk remains firmly in the Russian geopolitical orbit, and continues supporting Moscow’s so-called special military operation in the neighboring country.

According to reports, since February 24, at least 631 missiles were launched from Belarus at the positions in Ukraine. Even Lukashenko confirmed that such actions took place, although he described them as “forced steps”. However, the level of missile attacks from Belarus significantly decreased over the past two months. After Russian forces failed to capture Kiev, the Kremlin withdrew all of its troops from northeastern Ukraine, and reduced its military presence in Belarus. Still, reports suggest that parts of the Russian Armed Forces remain in Belarus, although that does not mean Russia will attempt to seize the Ukrainian capital any time soon, if at all.

On the other hand, the United States reportedly continues to build up troops in Poland, near the Belarusian border, which is why Minsk launched large-scale military drills “to test the readiness of the Belarusian Armed Forces”. From a purely military perspective, the Belarusian army of around 45,000 troops can unlikely defeat NATO member Poland, especially if Warsaw is backed by US forces. Still, it is not very probable Poland would attack Russia’s ally, although various provocations on the border are entirely possible.

Russia, for its part, proved it cannot protect its own territory from Ukrainian drone attacks, which additionally jeopardizes Belarus’ position vis-à-vis NATO. Quite aware that the situation is not favorable for Minsk and Moscow, Lukashenko seems to want to reduce tensions and portray himself as a peacemaker.

“We categorically do not accept any war. We have done and are doing everything now so that there isn’t a war”, the Belarusian leader stressed on May 5.

Four days later, at the Victory Day Parade ceremony in Minsk, Lukashenko said that “Belarusians have no right not to support Russia”, and also pointed out that his country will support Moscow “in every possible way”. In other words, the Belarusian leader apparently opposes the war in Ukraine, although he supports Russian actions in the Eastern European country. Such rhetoric is very similar to Belarus’s stance on the Russian-backed Donetsk People’s Republic and Lugansk People’s Republic, that the Kremlin recognized as independent states on February 21. Minsk refused to recognize the two entities, although it recognized Russia’s decision to do so.

Indeed, Belarusian leader seems to attempt to be “a little bit pregnant” and, if possible, continue pursuing his “multi-vector” foreign policy. The problem, however, is that the 2020 controversial presidential election has eliminated the opportunity for Lukashenko to continue maneuvering and balancing Russia and the West. After the Kremlin helped him stay in power and defeat the Western-backed opposition, Belarusian President did not have much choice but to start playing exclusively the Russia card.

Still, he managed to preserve some autonomy. For instance, although on February 6 he stressed that “in case Ukraine starts a war in Donbas, the Belarusian army will act in exactly the same way as the Russian army”, in reality Belarusian army did not join Russian troops in their “special military operation”.

Hypothetically, Belarusian forces could invade Western Ukraine, which would help Russia continue conducting its offensive in the East of the country, although it is rather questionable if there is a political will in Minsk for such a risky move. Moreover, Belarusian troops have no experience of operating in hostile territory, and the morale among them is very low. That is why the Kremlin does not seem to have too high expectations from Minsk.

The West could eventually offer Lukashenko a possibility to “break himself free from Moscow”, but as long as Russian troops are on the ground in Belarus, Russia will have significant leverage over the United States and the European Union in the former Soviet republic. Thus, Belarus can leave the Russian geopolitical orbit only if the Kremlin allows it, for whatever reason.

One thing is for sure: Belarus’ fate will depend on the outcome of Russia’s “special military operation” in Ukraine. If Russia wins, and achieves its goals in the Eastern European country, both Ukraine and Belarus will de facto be part of the so-called Russian world. If however, the war drags on for a long time, and it results in Russia’s humiliating defeat, Belarus – with or without Lukashenko – will undoubtedly find a way to distance itself from the Russian Federation.