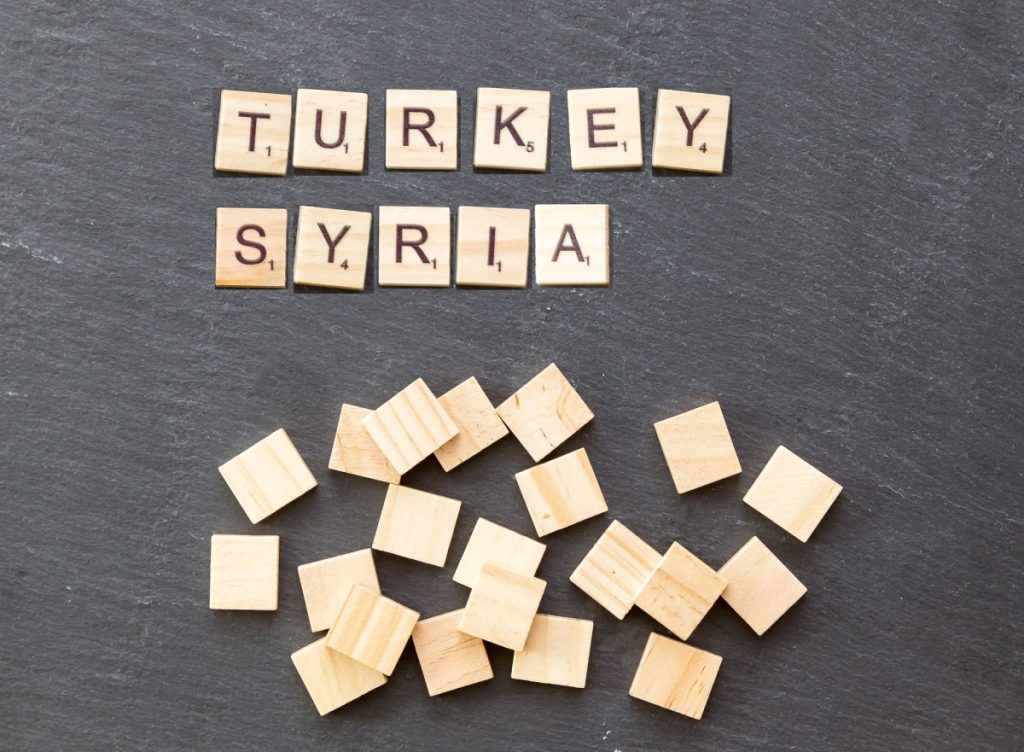 While all eyes are on Ukraine, Turkey is preparing to launch a “special military operation” in northern Syria. But in order to achieve some of its strategic goals in the war-torn Middle Eastern country, Ankara would first need to get at least tacit approval from the United States.

Turkey aims to seize the towns of Tell Rifaat, Kobani, Ain Isa, and Manbij, and create a 30-kilometer (18 miles) deep buffer zone south of its border with Syria. Despite limited presence of the Syrian Arab Army (SAA), the region is de facto under control of the Kurdish-dominated People’s Defense Units (YPG) – an organization that Ankara sees as the Syrian branch of the Turkey-based outlawed Kurdistan Workers Party (PKK).

According to Turkish officials, the goal of the operation is to “prevent terrorist attacks and ensure security on the Turkish borders”. Ever since the Syrian Civil War broke out, Turkey has launched several military incursions into the Middle Eastern nation, and taken control of significant portions of Syria’s Idlib, Afrin, Aleppo and Raqqa provinces.

In northern Syria, Turkey has its own occupation zone, which is nominally controlled by the so-called Syrian Interim Government. In parts of Idlib that are de jure under control of the so-called Syrian Salvation Government (but in reality under Hayat Tahrir al-Sham militants), Turkish troops have established military bases.

The rest of the war-torn country has been divided between Russia, the United States, and Israel. Moscow-backed Syrian President Bashar al-Assad’s controls some 65 percent of Syria’s territory. The US occupation zone is in At-Tanf in the southeast, as well as in oil-rich north-eastern parts of the nation where the Washington-sponsored Syrian Democratic Forces have effective control. Israel, for its part, occupied the Golan Heights – internationally recognized as part of Syria – in 1967, and annexed a part of the region in 1981.

Thus, Syrian sovereignty and territorial integrity exists merely on paper. When Turkish troops cross the border and capture Kurdish-held towns in the north, certain Western countries, including the United States, may express their grave concerns over such actions, but they are unlikely to impose any serious sanctions on Ankara.

In northern Syria, Turkey is using a similar strategy that Russia has already implemented in the Donbass. Ankara controls the local economy. Turkish lira is the official currency in the region, and Turkish companies provide several areas in the north and east of Aleppo with electricity. In other words, parts of northern Syria have been integrated into the Turkish economic system.

If Ankara manages to create a 30-kilometer deep buffer zone in the north, Turkey will have significant leverage in Syria over its frenemy Russia. Ankara will additionally strengthen its presence in the region, and will use its proxies as an instrument against Assad. Given Russia’s preoccupation with the war in Ukraine, there is very little Moscow can do to prevent Turkey from achieving its strategic goals in northern Syria.

Although Russian military, together with Turkish forces, patrols northern Syria, its troops cannot prevent a potential Turkish assault on Tell Rifaat, Kobani, Ain Isa, and Manbij. Still, Russia started flexing its military muscles in the region, by sending fighter jets and helicopter gunships to a base close to the border with Turkey. Quite aware of the Russian military debacle in Ukraine, Ankara is unlikely to take such moves seriously.

Hypothetically, in response to Turkish re-invasion of Syria, Russia could push the SAA to launch an offensive in the Idlib, although it is rather questionable if the Syrian Arab Army has a capacity to make any gains in the region. Therefore, if Turkey gets the green light from the United States to re-invade Syria, Russia will almost certainly have to turn a blind eye to Turkish actions.

Indeed, the Russian “special military operation” in Ukraine weakened Moscow’s position in Syria. Russia has reportedly redeployed some of its troops from the Western Asian nation to the Eastern European country, while Iran started increasing its presence in Syria. From the Turkish perspective, a weaker Russian role in the war-torn nation will give Ankara more room for political maneuvers.

Turkey will undoubtedly continue using the conflict between Russia and the West over Ukraine to achieve some of its geopolitical goals in Syria. Ankara is expected to seek concessions from both Moscow and Washington, although it will carefully try not to deteriorate its relations with the two nuclear powers.

Thus, if Turkey gets the green light to launch a “special military operation” in northern Syria, it will likely be a limited and a carefully coordinated action. As a result, the Syrian Kurds will get the short end of the stick.

Russia Syria Turkey
Share. Twitter Telegram LinkedIn Facebook Email
Previous ArticleFrancis Boyle: We Are in a War Against the Scientific Elite, This is WWIII
Next Article Vítězslav Kremlík: Climate Apocalypticism is Being Used as an Excuse for Global Government