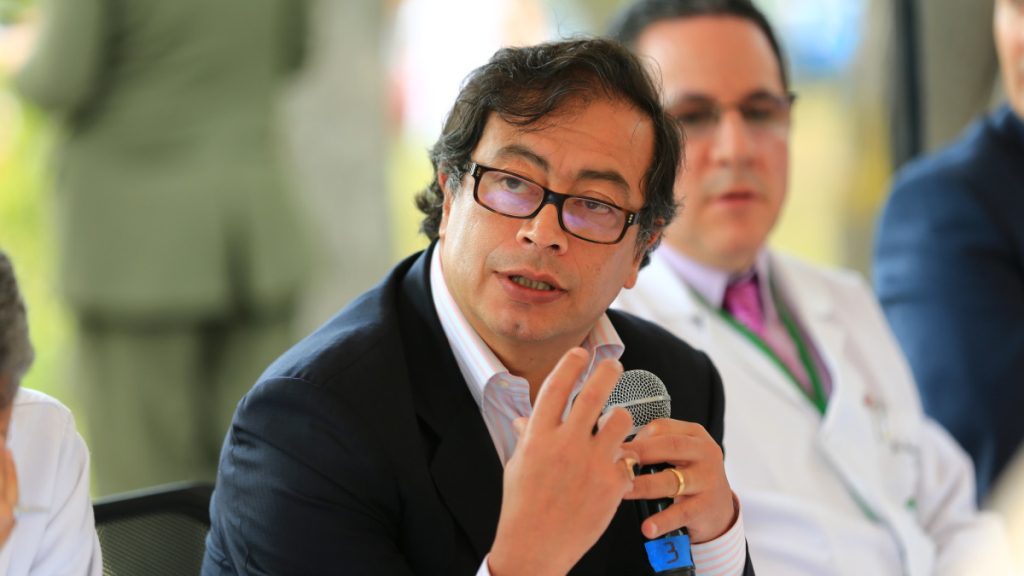 As Colombia’s first leftist president to be elected to higher office, Petro has sparked significant discussion about what his presidency holds for the future of Latin America.

“The election in Colombia of a former narco-terrorist Marxist is troubling and disappointing. The spread of left-wing totalitarian ideology in the Western Hemisphere is a growing threat. Florida stands with Colombian Americans on the side of freedom.”

Rubio chimed in as well:

“The only change far left leaders bring is poverty and suffering, so pray for #Colombia and hope for the best.”

While Petro’s background as a former member of the M-19 guerilla organization raises questions about his ideological motives, Petro’s recent political moves suggest he may belong to the post-Marxist Left. As seen with many parties on the Left in Europe, prominent leaders who have had more radical pasts later morph into multicultural leftists once they assume executive power.

This makes Petro’s geopolitical alignments an even more curious question. Conventional wisdom among the American Right, whose viewpoints are colored by Cold War priors, is that his government represents a revival of 20th century style Marxism.

However, the picture could be more nuanced than analysts on the American Right make it out to be. According to CNN Español, Petro has “often” been in touch with Sen. Bernie Sanders (I-VT) and had an in-person meeting with the Progressive Caucus earlier in 2022.

Petro has talked about cobbling together a progressive alliance in South America likely made up of Argentina’s Alberto Fernandez and Chile’s Gabriel Boric. This political network stands against the so-called “troika of tyranny” made up of Cuba, Nicaragua, and Venezuela, which are known for their authoritarian permutations of leftism.

US foreign policy strategists are likely taking a page out of the same playbook the Deep State used when it started building ties with the anti-Communist Left throughout the Cold War. Compared to propping up unsavory elements of the far-right, pacting with anti-authoritarian factions of the Left is a much easier pill for many US strategists to follow.

Other analysts such as Ted Snider, a frequent columnist at Antiwar.com, argues that Petro’s victory could portend a decline in American hegemony in Latin American affairs. In his article titled “The Importance of Colombia’s Election”, Snider made the following observation:

The election of Petro continues the tide of Latin American nations, including Argentina, Chile, Peru, Honduras and Bolivia, to elect governments that not only lean left but lean toward Latin American integration and a balancing of regional US hegemony. Joining Cuba, Venezuela and Nicaragua and lining up behind Mexico and, possibly, soon Brazil, this tide will be a powerful force confronting US hegemony in the region. It may also be a powerful balancing force against US hegemony globally.

The US has strong ties with Colombia that date back to the 19th century. These ties intensified during the 20th century when the US took a more energetic role in trying to stabilize the country while the country was caught in a low-intensity conflict that involved drug cartels and left-wing insurgents throughout the latter half of this century.

To confront this crisis, the US crafted Plan Colombia — a diplomatic, foreign aid, and military aid initiative — in 1999 to confront drug cartels and left-wing insurgents. Trade ties between the two countries are deep. According to the United States Trade Representative, US goods and services trade with Colombia stood at approximately $40.7 billion in 2019. Similarly, US exports destined to Colombia accounted for $22.0 billion, while imports were $18.7 billion, thereby leaving the US with a trade surplus of $3.3 billion.

When Petro came out victorious on June 19, US Secretary of State Antony Blinken congratulated him for his win. In the congratulatory statement, Blinken made an eye-opening remark. He tweeted the following:

“Congratulations to the Colombian people for exercising their right to vote and reaffirming the strength of their democracy. We look forward to continuing our strong partnership with President-Elect @petrogustavo and building a more democratic and equitable hemisphere.”

The “continuing” part of Blinken’s statement suggests that DC sees avenues for cooperation with Petro and are not initially hostile to his government. One way US policymakers will try to keep this relation intact is by trying to incorporate Colombia into the aforementioned progressive bloc to serve as an alternative to the Bolivarian Axis. Neoliberals in DC have a particular interest in re-asserting themselves in Latin America to counter the emerging powers such as China and Russia, who have gradually exerted influence in the region over the past two decades.

The former has made significant inroads in South America as evidenced by its successful effort to incorporate Argentina into the Belt & Road Initiative. Due to these new geopolitical realities taking place in Latin America, the US is now compelled to re-assert itself in the region.

It remains to be seen if the US will be able to fully bring back Latin America in its fold. Should it overplay its hand, however, the US could see the formation of a more integrated Latin American political bloc that seeks to play off the North America behemoth against the Eurasian powers. In light of these circumstances, US policymakers will need to reconsider their overbearing foreign policy methods, lest they want to fully alienate Colombia, and the rest of Latin America, for that matter.