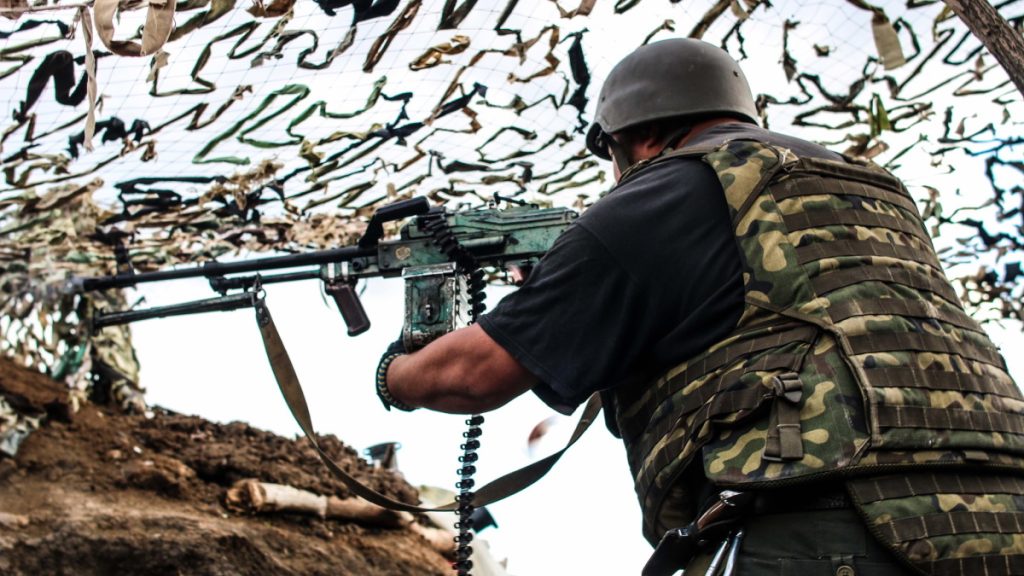 While the war in Ukraine rages on, the Eastern European country’s armed forces continue conducting missile strikes on the Russian territory. Unable to protect its own country, the Kremlin focuses on imposing empty threats to Kiev, although Ukrainian leadership stopped taking such a Russian policy seriously a long time ago.

Ukraine has clearly demonstrated that it is not afraid of Russia anymore. In response to the Russian offensive in the Donbass, where forces of the Russian Federation and the self-proclaimed Donetsk People’s Republic and Lugansk People’s Republic made significant tactical gains, the Ukrainian army intensified missile attacks on Western Russia. Citizens of the bordering regions of Belgorod, Bryansk and Kursk have already learned to live under frequent shelling.

The governor of the Belgorod region, Vyacheslav Gladkov, answered the question of local residents with the word “no way” about how they can sleep in peace during the shelling. His comment came following the Ukrainian missile attack on Belgorod on July 3rd that killed at least three people and damaged dozens of residential buildings. At least Gladkov was honest. Unlike him, other Russian officials – including President Vladimir Putin, Foreign Minister Sergey Lavrov, and Defense Minister Sergey Shoigu – continue threatening to strike “decision making centers” in Kiev. In reality, all administrative buildings in the Ukrainian capital remain intact, and there are no indications that the Russian Armed Forces might strike mansions belonging to the Ukrainian officials and oligarchs any time soon, if at all.

Thus, Ukraine will undoubtedly continue bombing Russian territory. The more Western-made missiles and artillery system Kiev gets, the more Russian cities will suffer heavy damages. The Kremlin, for its part, has clearly demonstrated that it does not indent to respond to such Ukrainian attacks.

In other words, the Kremlin gave Ukraine the green light to continue striking Russian cities. From the Ukrainian perspective, Zakharova’s statement represents another serious sign of Moscow’s weakness. Quite aware that her threats are nothing but empty rhetoric, Ukraine will continue destroying military and civilian infrastructure deep inside Russian territory.

At this point, there are no indications that the Kremlin intends to change its military and political strategy in Ukraine, which means that it will not declare a state of war, nor any form of mobilization. Instead, it will continue conducting the so-called special military operation to protect the Donbass. Given that Russia proved that it cannot protect Donetsk from the Ukrainian shelling, it is entirely possible that Kursk, Bryansk, Belgorod and other cities in Western Russia will soon have the same fate as the capital of the self-proclaimed Donbass republic – they will gradually be leveled to the ground.

Meanwhile, the West will make sure that Ukraine keeps getting all kinds of weapons, while Russia will keep making “goodwill gestures”, like the recent retreat from strategically important Snake Island in the Black Sea. The Kremlin now accuses the Western powers of “using the grain export blockage as a pretext to secure a naval presence on the Black Sea”, even though it is Russia’s retreat from Snake Island which could directly help NATO establish a naval presence in the region.

If Ukraine starts freely using the port of Odessa for grain exports, it will almost certainly use it for weapon deliveries as well. Since Russia has not destroyed any key bridges on the Dniepr River, nor did it establish control over Ukrainian borders with Poland and Slovakia to prevent the West from supplying Kiev with weapons, it is very likely that the Kremlin will de facto allow the United States and its European allies to use the port of Odessa to continue arming Ukraine.

More importantly, now that Sweden and Finland have been formally invited to join NATO, Russia will have a hard time protecting not only is Western regions, but its northern borders as well. Indeed, Putin’s military adventure in Ukraine has created serious troubles for the Russian Federation. Without a change of the country’s political leadership, Russia can unlikely win the war in Ukraine. People like Putin, Lavrov, Shoigu, and Zakharova, among others, have proved to be completely incompetent. As long as they are pulling the strings in the Kremlin, Russia and its citizens can count only on humiliations, defeats and embarrassments.