“Multipolar World” – Another Propaganda Narrative from the Kremlin? 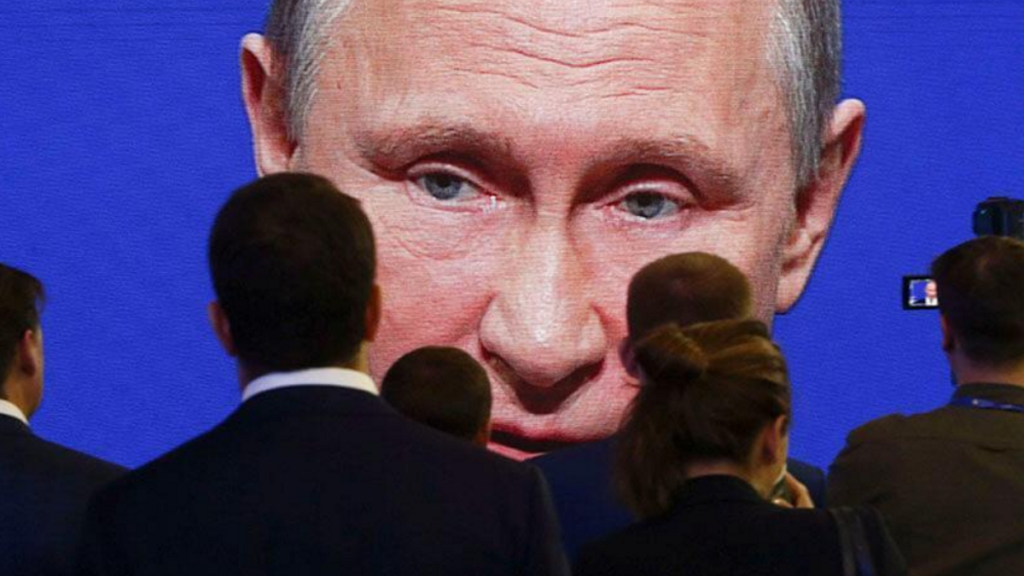 Ever since Russian President Vladimir Putin came to power in 2000, the Kremlin has been allegedly trying to create a “multipolar world order”. More than 20 years later, Russia is isolated in the international arena, abandoned by almost all of its allies, and the United States-dominated NATO has brought its military infrastructure close to the Russian borders.

In virtual reality, however, Putin – often portrayed as a “geopolitical strategist” and a “chess master” – is winning the war against the “declining US Empire”. On the ground, in a “multipolar world”, the Western-backed Ukraine continues striking Russian cities on a daily basis, and Moscow cannot (or does not want to) do anything to prevent it.

For Kremlin apologists, such Ukrainian actions are not a big deal. After all, the vast majority of the Kremlin propagandists, and those who believe in Putin’s “messianic mission”, either do not live in Russia at all, or are very far from Belgorod, Bryansk, and Kursk – Western Russian cities that have already learned to live under the Ukrainian artillery fire.

If Russia cannot protect its own territory, and defeat Ukraine – one of the poorest countries in Europe – it is very hard to imagine that Moscow will ever defeat the United States and replace the existing Western-dominated global order with a “multipolar world”. Still, over the past 20 years, Russian officials have been claiming that the creation of a “multipolar world” is a matter of time. To this day they continue repeating that mantra.

“A multipolar system of international relations is now being formed”, Putin said in June 2022, pointing out that “this is the beginning of the transition from liberal-globalist American egocentrism to a truly multipolar world.”

In his view, “a truly multipolar world” will be based on international law, “the true sovereignty of peoples and civilizations”, as well as on democracy, justice and equality.

In reality, international law is an instrument that strong countries use against weak ones. In Russia – a nation that has traditionally been ruled by tsars and boyars – there is neither “true sovereignty of peoples”, nor justice and equality. Moreover, democracy, in its present form, is a product of the “liberal-globalist American egocentrism”, and has very little to do with what Putin described as Russian “historical destiny”, values and traditions. Thus, it remains unclear how the Russian leader really sees “a truly multipolar world”. But his Foreign Minister, Sergey Lavrov, seems to have “a vision” of a new world.

“A multipolar world order is being formed. There will be several centers of economic growth, financial power and political influence”, said Lavrov in 2021.

Three years earlier, he accused the United States of “wanting to operate only on the basis of dictating policy, issuing ultimatums”.

“They do not want to hear the perspectives of other centers of world politics. The United States needs to face the difficult reality that it is no longer the world’s only superpower and adapt to an increasingly multipolar world”, Lavrov stressed in 2018.

The US, for its part, refused to “adapt to an increasingly multipolar world”, and continued being the only global superpower. Lavrov, however, warned in 2017 that the formation of a polycentric world order is not easy, but emphasized that “it will not be possible to stop this natural process”.

Previously, in November 2014, he said that “international relations are going through a transition as a new multipolar international order continues to emerge for objective reasons.”

“A fundamentally different picture of the world is taking shape right before our eyes. The end of one era and the start of the next is never a straightforward process, and it’s usually marked by series of intense local conflicts, if not global clashes”, Lavrov stressed.

However, “a fundamentally different picture of the world” does not mean that Russia will replace the United States as the global superpower, nor that Washington will allow Moscow, Beijing or any other actors to jeopardize its current position in the international arena.

The recent summit of the G20 foreign ministers clearly showed Lavrov’s and Russia’s true place in a “multipolar world”. The G20 participants refused to take a group photo in order to avoid to be pictured with the Russian Foreign Minister. In addition, representatives of the G7 countries also refused to go to a dinner event with him. Thus, Russia is seen and is being treated as a global pariah, rather than as a powerful country.

The reason for such a “Russophobia” in the West, according to Putin, is “the fact that a multipolar world is being established, and the monopolists do not like it.” That is what the Russian leader said in 2017. Five years later, a “multipolar world” is still being formed. How long does it take to establish it?

Following the Russian invasion of Ukraine, Moscow and Washington apparently stopped being partners. If in the past the US treated the Kremlin as a “junior partner”, Russian debacle in the Eastern European country will likely radically change the treatment that Moscow has in the West. Ukrainian shelling of Russian territory is a clear indication that the United States is not afraid of Russia, and that it does see Moscow as a serious threat to the American dominance in the global arena. Finally, it is extremely improbable that the US policy-makers and strategic planners will ever take the Kremlin’s multipolar world narrative seriously.