Making Sense of a Potential Conflict in Kosovo 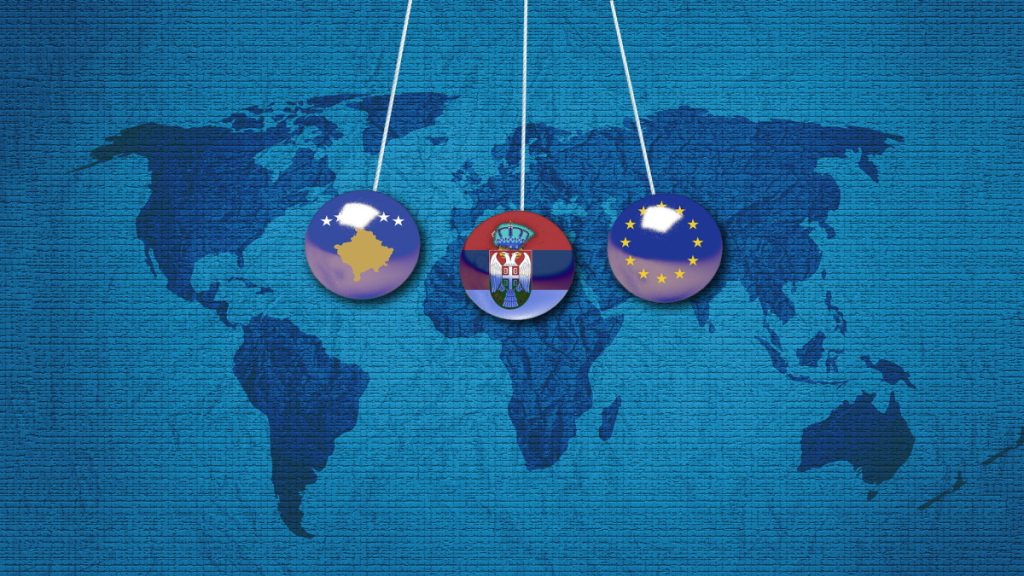 Many global media outlets are reporting about the potential for increased violence between the Kosovo Security Forces and local Serbs in northern Kosovo. Although a local dispute over license plates and IDs could escalate, chances for another war in the Balkans are minimal.

I traveled to northern Kosovo in mid-August. Nothing I saw indicated that the Serbs and the Albanians were preparing for a large-scale conflict. Except for two NATO KFOR (Kosovo Force) mission Humvee vehicles not far from the so-called administrative boundary line with Serbia, I did not see any increased KFOR presence in the region.

That, however, does not mean that KFOR will not intervene in case tensions eventually escalate and lead to clashes between the Serbs and the Albanian-dominated Kosovo’s special police units. The authorities in Pristina plan to start implementing their latest controversial decision on the re-registration of vehicles with Serbian plates from towns in Kosovo to Kosovan RKS plates on September 1. RKS stands for the Republic of Kosovo, but neither Serbia nor local Serbs recognize Kosovo as independent. That is why the Serbs are expected to strongly oppose any attempt by Pristina to force them to replace their Serbian-issued plates and identification documents.

“There is a new generation of kids, of young men, in the north of Kosovo and in the entire of Kosovo, and they will not put up with this anymore”, said Serbian President Aleksandar Vučić following the meeting he had in Brussels with NATO Secretary General Jens Stoltenberg.

This new generation, according to Vučić, “will not put up with the terror”.

“They do not see Kosovo as an independent state like 22 out of 27 countries of the EU, they see Kosovo as territory of Serbia and of course in accordance with 1244 Resolution in international public laws”, Vučić stressed.

The problem for Serbia is that it is an island in a NATO sea. The Balkan nation is completely surrounded by NATO. Even in Kosovo, as a result of the 1999 war, the United States-dominated alliance has a significant military presence. Thus, Belgrade’s room for political maneuvers is rather narrow.

Despite warmongering rhetoric that comes from both Russia and the West, no politician in Serbia is ready for a direct confrontation against NATO. Hypothetically, Serbian Armed Forces could enter northern Kosovo and protect the Serbs from the Albanian-dominated special police, but such an action would bring hell upon the Serbs living in central and southern parts of Kosovo. Surrounded by ethnic Albanians, the Serbs would face another pogrom. Therefore, it is extremely improbable for the Serbian Army to cross the so-called administrative boundary line, unless it gets the green light from NATO which, under the current geopolitical circumstances, is a pure fiction.

Serbs in northern Kosovo, however, seem determined not to integrate into the Albanian-dominated legal system. That is why most of them are unlikely to accept to replace their Serbian-issued license plates and identification cards with Kosovo documents. If Pristina attempts to confiscate their vehicles, the Serbs will almost certainly build barricades near the administrative boundary line with Serbia. Such an action might lead to clashes with the Albanian-dominated security structures, but not to a wide-scale conflict.

The Serbs can count on political and logistical support from Belgrade, while the West will almost certainly side with the authorities in Pristina. As a result, Belgrade will have to find a way to force the Serbs to obey Pristina’s demands. That is easier said than done.

In the past, Serbia was either “bribing” or pressuring the Serbs to integrate into Kosovo’s legal system. Belgrade, pressured by the West, has already relinquished much of its authority in favor of the self-proclaimed Kosovo. As a result, Serbia in Kosovo now only has de facto control over the education and health systems, but only in those places where the Serbs make up a majority of the population. However, if the situation in northern Kosovo escalates, the Serbs are expected to withdraw from Kosovo’s institutions, although that does not mean that institutions of the Republic of Serbia such as police and judiciary will return to the region.

From the Western perspective, any concessions to the Serbs will be seen as a sign of weakness. That is why, in case tensions in northern Kosovo eventually lead to an escalation, the West will almost certainly blame the Serbs. Belgrade, quite aware of its unfavorable position in the global arena, will likely have to make more unilateral concessions to Pristina.