Whose Project is the Open Balkan Initiative? 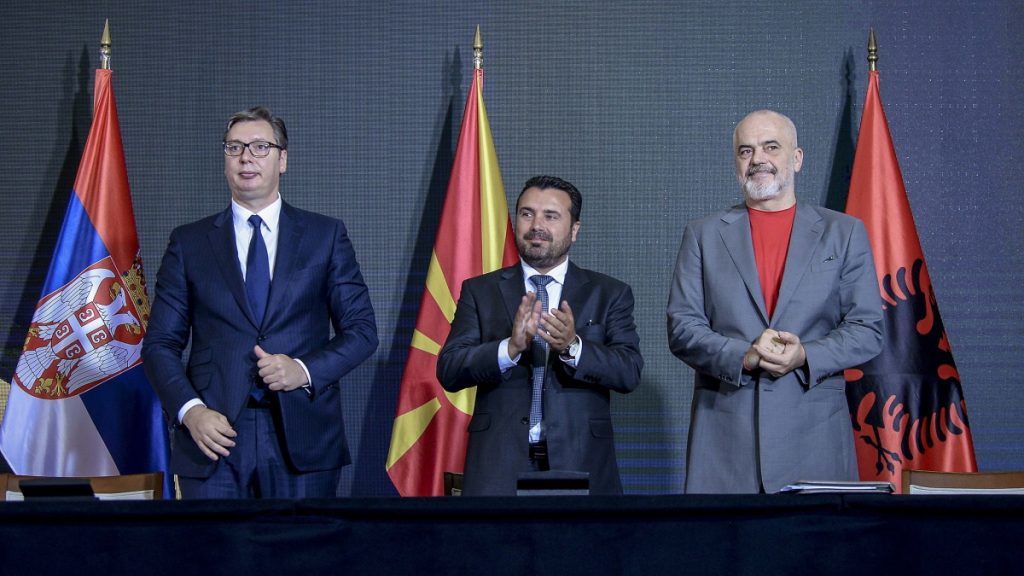 The West seems to be pressuring all Balkan nations that are still out of the European Union to join the Open Balkan Initiative – an economic and political zone whose current members are Serbia, Albania and North Macedonia. Since the EU’s enlargement process has stalled, the Balkans is expected to remain in a state of limbo, while a new form of the regional cooperation will preserve the Balkan countries in the Western geopolitical orbit.

In 2019 leaders of Serbia, Albania and North Macedonia agreed to create an economic zone, which would “further improve political and economic relations and strengthen cultural ties between the three nations”. Initially, the economic zone was named “Mini Schengen,” in an ode to the Schengen Area, the EU’s passport-free and duty-free zone made up of 26 European countries, but was later rebranded the Open Balkan Initiative.

Western powers, namely the United States and the European Union, have been strongly supporting the three Balkan nations to deepen economic ties and strengthen all forms of cooperation in the region. Moreover, Washington seems to be encouraging other regional actors – Montenegro, Bosnia and Herzegovina, and Kosovo – to join the Open Balkan. The EU, on the other hand, reportedly insists that the region should stick to the Berlin Process – Germany-backed form of cooperation between the so-called Western Balkans and the European Union.

In other words, the Open Balkan remains a tool that the United States is using to preserve the region in its zone of influence. Brussels, on the other hand, cannot offer a clear “European perspective” to the Balkans, which is why business leaders in Montenegro, Bosnia and Herzegovina, and Kosovo will likely start seriously pressuring their authorities to join the Open Balkan Initiative where state borders are expected to be gradually eliminated. The problem, however, is that Serbia and Bosnia and Herzegovina do not recognize Kosovo’s 2008 unilaterally declared independence. At the same time, the authorities in Pristina refuse the join the Open Balkan because Serbia is not treating its breakaway province as an equal side and independent country. In order to resolve this issue, the US, as Kosovo’s major sponsor, will almost certainly pressure Belgrade to sign a legally binding agreement on full normalization of relations with Pristina, which means that Serbia will be forced to eventually explicitly recognize the illegal secession of its own territory.

There are, however, fears among Albanians, both in Kosovo and Albania, that the Open Balkan is a new name for the alleged project of “Greater Serbia”, especially if Montenegro as well as Bosnia and Herzegovina – where ethnic Serbs comprise around 30 percent of the population – become part of the initiative. Many Serbs, on the other hand, fear Open Balkans could turn into a “Greater Albania” if Kosovo – where ethnic Albanians make up over 90 percent of the population – joins the initiative. In reality, this entity could unite all the Serbs and Albanians living in the Balkans, although they will both remain under the US de facto protectorate.

It is not a secret that there is a strong level of cognitive dissonance in the Western policy regarding the Open Balkan Initiative. For instance, Atlantic Council support the project, while the Rockefeller Brothers Fund claims that the initiative could “increase further divisions” in the region. It is, therefore, not surprising that the US and the EU do not have identical views when it comes to the Open Balkan Initiative. But given that it is Washington that has the final say in the Balkans, sooner or later all countries in the region will likely become part of the new economic and political zone.

Although the American officials claim that a new form of regional cooperation in the Balkans cannot be a substitute for the EU membership, in reality chances for the region to become part of the European Union in the near future are rather slim. The very fact that Turkey – another “eternal EU candidate” – participated in the Open Balkan summit that was held in Belgrade on September 2, indicates that this project is seen as a consolation prize for the nations that have been waiting for decades to join the European Union.

According to Albania’s Prime Minister Edi Rama countries such as Greece and Hungary, should also become part of the Open Balkan Initiative. Given that the three states are EU members, such an outcome does not seem realistic under the current geopolitical consequences. Instead, the EU, as well as Turkey to a certain degree, will preserve their influence in the Open Balkan, although it is the United States that will continue playing the major role in the region.