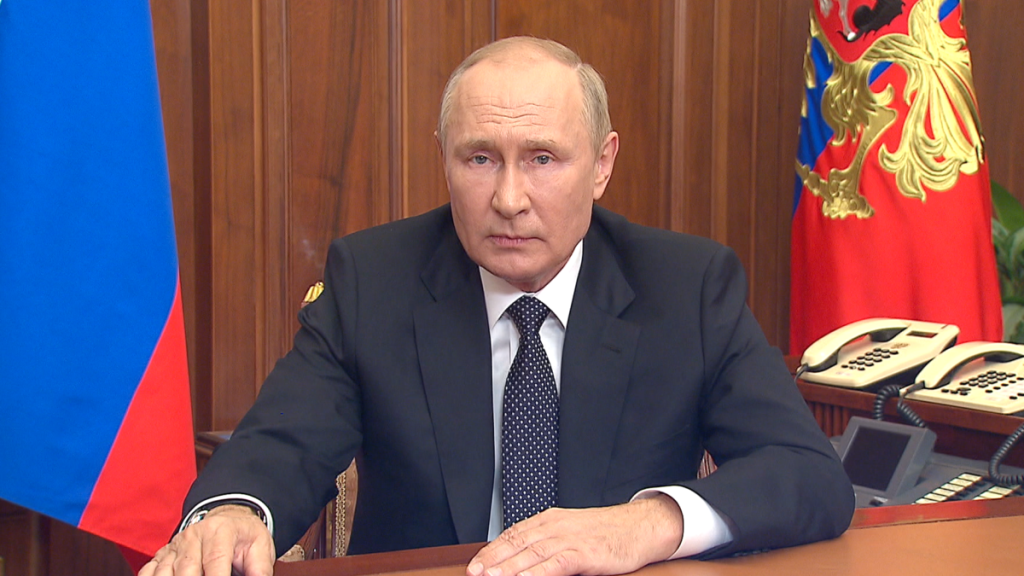 The Kremlin’s decision to hold referenda on joining Russia in the Donbass, as well as in southern Ukrainian regions of Kherson and Zaporizhzhia, will undoubtedly lead to an escalation of the conflict. Once the de jure Ukrainian territories become de facto part of the Russian Federation, Moscow will have to fight the war on its own soil.

Plebiscites in the self-proclaimed Donetsk People’s Republic, Lugansk People’s Republic, the Kherson and Zaporizhzhia oblasts are scheduled to take place on September 23-27, which means that the four regions are expected to formally join Russia by early October. But Ukraine, as well as the vast majority of the United Nations members, will not recognize the results of the referenda, just like they never recognized the Kremlin’s 2014 incorporation of Crimea into the Russian Federation. Thus, Ukrainian Armed Forces will continue fighting, and the West will keep supplying the Eastern European country with all kinds of weapons as long as it takes.

Quite aware that the Ukraine war will not end anytime soon, the Kremlin had to declare a partial mobilization, a move that will reportedly help Russia deploy additional 300,000 troops to the former Soviet republic. However, with 300,000 soldiers, Russia cannot seize any new territories. What it can do, though, is to preserve control over the four regions. But the problem for Moscow is that it will take time to mobilize and train new fighters. Meanwhile, Ukraine will almost certainly continue conducting its counteroffensive, aiming to restore control over at least parts of the Lugansk, Donetsk, Kherson and Zaporizhzhia regions.

But even when the southeastern Ukraine becomes part of the Russian Federation, those territories will remain in a “gray zone”. Given that eight years after Moscow’s annexation of Crimea, Sberbank – Russia’s largest bank – Yandex – a Russian multinational technology company providing Internet-related products and services – as well as Russian postal service, have still not started operating in the disputed peninsula, they unlikely have an intention to ever work in the Donbass, Kherson and Zaporizhzhia.

Russian sanctions-hit economy will have a hard time “feeding” millions of people living in those regions. At the same time, Russian security services will have to find a way how to deal with the Ukrainian partisan warfare in the south, which will be an additional cost for the Russian budget. Alternatively, Moscow could continue ignoring Ukrainian activities behind Russian lines in the Kherson and Zaporizhzhia regions, although such a practice will lead to an additional mistrust of the local population in the Russian authorities.

Therefore, if Russia does not manage to preserve control over those territories, and continue suffering humiliating defeats like the recent Kharkiv debacle, sooner or later it might be forced to use nuclear weapons. As Russian President Vladimir Putin stressed on February 21, “Russia will use all the instruments at its disposal to counter a threat against its territorial integrity”. From the Kremlin’s perspective, the Donbass, Kherson and Zaporizhzhia will soon be treated as part of Russia, which means that Moscow could eventually decide to follow its military doctrine and use tactical nuclear weapons to strike Ukrainian military infrastructure.

“If Russian President Vladimir Putin was to dare use nuclear weapons against Ukraine, it would be a categorical violation of global taboos and would ensure Russia’s complete marginalization outside all accepted boundaries,” said Polish President Andrzej Duda.

Although the West apparently still does not have a clear answer to Russia’s potential use of a low-yield nuclear weapon, it is entirely possible that, in case of escalation, the United States will either supply Ukraine with nuclear missiles, or will simply directly strike Russian facilities. Ukrainian President Volodymyr Zelensky, however, “does not believe Russia will use nuclear weapons in Ukraine”. But is he right? It is worth remembering that the Ukrainian leader accused the West of “creating panic” prior to the Russia invasion in February, and was trying to play down the threat of war.

“I would even say dangerous, and under no circumstances should we slack off. There is no need to fear anything. We need to put some military units on alert by wartime standards. This is necessary,” he stressed.

Indeed, if the situation in Ukraine escalates, sooner or later Belarus could also take part in a large-scale conflict. The very fact that Russia’s only ally has started forming “people’s militias” units indicates that Minsk is also preparing for war. Moreover, the city of Moscow has decided to open a military recruitment center for foreign citizens, and Russian authorities will allow foreigners who have entered into a contract to serve in the Armed Forces of the Russian Federation for a period of at least one year to obtain Russian citizenship in a simplified manner.

Thus, Russia and Ukraine seem to be entering a very turbulent period. The conflict will undoubtedly intensify, and the two sides are unlikely reach a lasting peace deal anytime soon.