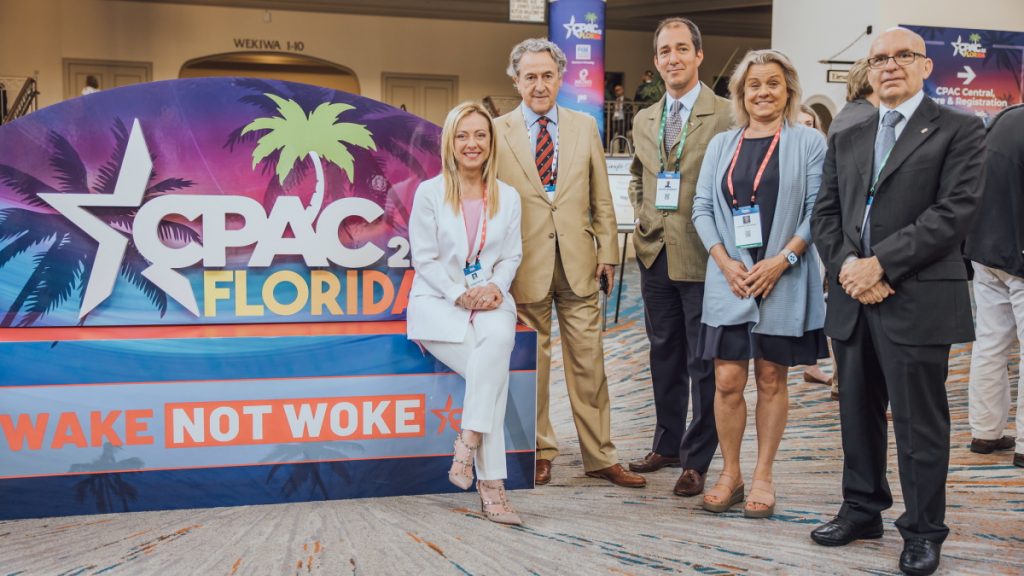 The election of Giorgia Meloni as Prime Minister on September 25, 2022 sent shockwaves across Brussels, London, and Washington DC.

With Meloni’s Brothers of Italy (Fratelli d’Italia) Party picking up 26% of the vote, Meloni is set to become Italy’s first female prime minister.

At a glance, Meloni is an outspoken conservative who stands for traditional culture values such maintaining pro-life views and standing against the radical LGBT lobby. In addition, she has expressed patriotic beliefs with regards to immigration and the alarming influx of migrants from North Africa and the Middle East that have washed up on Italian shores and have largely wreaked havoc across the Old Continent.

On a previous occasion, she praised the likes of Syrian strongman Bashar Al-Assad and his allies such as Lebanese militant group Hezbollah and state actors such as Iran and Russia for their efforts in crushing terror groups such as ISIS and stabilizing the Levant — the region where most of these migrants are coming from.

Before reporters in December 2018, Meloni stressed the indispensable role this coalition played in protecting Syrian Christians: “If in Syria the nativity scene is still allowed, it’s thanks to Hezbollah, which is fighting with Assad against terrorists.” Such comments likely raised eyebrows all the way from DC to Jerusalem.

Meloni’s 2022 campaign was centered on ostensibly right-wing populist issues ranging from pro-life legislation to halting migration from the Global South. Naturally, these stances caused the globalist class in the Collective West to throw a fit. Still reeling from the Brexit results and Donald Trump’s victory in 2016, the chattering classes in the West are still fearful of any victory that the Right can pull off at the polls, irrespective of whether these parties are part of the establishment or manifest any populist inclinations. There is a generalized fear in the West of these parties being used as vehicles for populist causes.

In the case of Meloni’s victory, there is a similar sentiment of anxiety being expressed by the ruling classes in the West. Even United States President Joe Biden said at a speech he gave in front of the Democratic Governors Association Reception on September 28 that “democracy is at stake”, citing Meloni’s victory in Italy as an example of democratic backsliding.

If we were to take what the political class is saying about Meloni at face value, we’d be under the impression that Meloni is a right-wing nationalist who is ready to shake up the entire Western political order. Are such perceptions rooted in reality?

While Meloni talks a good talk about immigration and has manifested views that show some anti-globalist leanings, her connections to sketchy globalist organizations and recent flip-flops indicate that she is politically malleable and susceptible to being co-opted by globalist elites.

Meloni is a member of the Aspen Institute, a think tank that has received contracts from the Bill & Melinda Gate Foundation — a pillar of the globalist order. On a previous occasion, Meloni used to advocate for the Digital Green Certificate — a COVID-19 passport that people previously needed to resume normal public activities in the country.

“I am thinking, for example, of the theme of the Digital Green Certificate. We were the first to support it, we hope it will be adopted as soon as possible. On a horizon of total reciprocity with all European states, it is a priority. And it is essential to restore freedom of movement, and above all, to restart tourism,” she stated.

Last year, Meloni was calling for the expedited introduction of the EU Digital Certificate. “Adoption of a digital green certificate throughout the EU is a priority,” proclaimed Meloni, per an Italian media outlet

In addition, Meloni posted a tweet in favor of Covid-19 vaccine mandates. “On vaccines, it is necessary to have the humility to rely on the scientific community. It is an issue that should not be addressed at an ideological level: we let those who have the skills decide which vaccines are necessary and obligatory.” According to Evie Magazine, her tweet has since then been deleted.

Meloni has recently changed her stances towards these certificates, now describing the green pass as “restrictive” and that it “limits freedom” of Italian citizens.

On the geopolitical front, Meloni appears to be on the same wavelength with Brussels and Washington. In a tweet she posted on September 27, she expressed her steadfast support for Ukrainian President Volodymyr Zelensky after receiving praise from the Ukrainian leader for her electoral victory. Meloni said she was looking forward to “fruitful cooperation with the new government.”

On Twitter, Meloni posted the following: “Dear [Zelenskyy], you know that you can count on our loyal support for the cause of freedom of Ukrainian people. Stay strong and keep your faith steadfast!” Once in power, Meloni will likely continue having Italy send more military and economic aid to Ukraine,

Meloni also holds conventional views on Israel that puts her in line with the mainstream neoliberal and neoconservative consensus on the issue. According to the Times of Israel, Meloni has previously expressed her support for the Jewish state:

“Israel represents the only fully-fledged democracy in the broader Middle East, and we defend without any reservations its right to exist and live in security. I believe that the existence of the State of Israel is vital, and Fratelli d’Italia will make every effort to invest in greater cooperation between our countries.”

A Meloni government will likely not stir pot with regards to Israel and ignore the plight of Palestinians in the Jewish state.

All things considered, Meloni does not appear to be a right-wing populist ideologue. In fact, her profile indicates that she is willing to kowtow to the EU and the broader West’s agenda.

Whatever populist, anti-establishmentarian inclinations she had prior to being elected, will likely go out the window once she’s comfortably nestled in office. This is a constant problem populist parties in the West face. Namely, their leaders win elections and later get assimilated into the political establishment. Based on Meloni’s track record, Italy will likely see a repeat of this disappointing trend.

All told, it will take a revolutionary change in the composition of the political classes, intelligentsias, cultural elites, and business classes for populists to truly hold power and enact their political project without issues. If this doesn’t occur, we can only expect more of the same as far as politics is concerned.