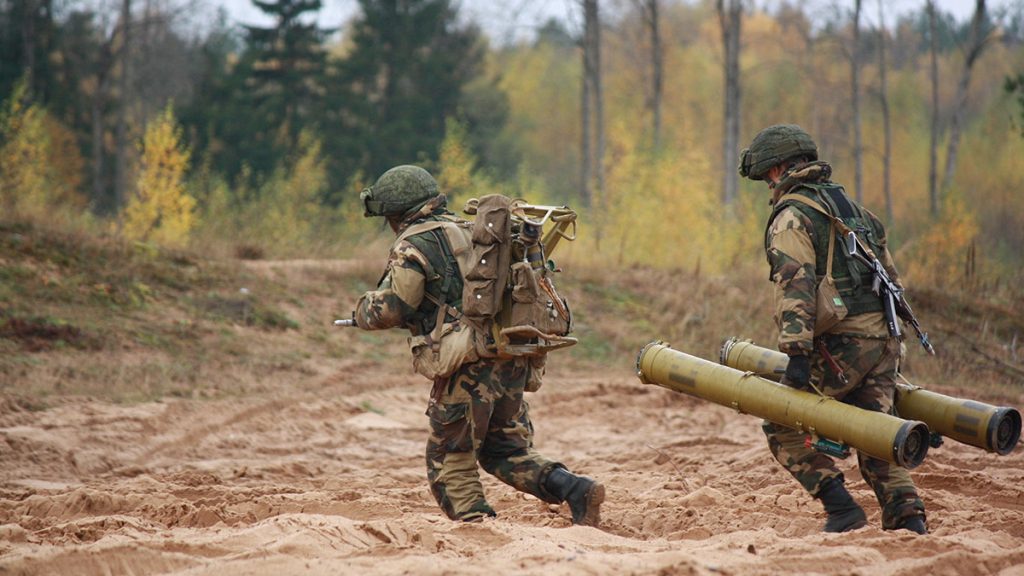 Recent meetings between Russian President Vladimir Putin and his Belarusian counterpart Alexander Lukashenko have once again raised fears in the West that Belarus might get directly involved in Russia’s “special military operation” in Ukraine. Russian troops have already started arriving to the former Soviet republic, as the two allied nations began forming a joint military group, allegedly to bolster Belarus’ security.

Ukraine’s President Volodymyr Zelensky, for his part, put forward a proposal to send an international observer mission to the Ukrainian-Belarusian border in order to reduce the risk of provocations and of Belarus entering the war on Russia’s side. Moscow’s further moves will likely depend on the very structure of a potential observer mission. If it proves to be a military expedition, composed of troops from NATO countries, the Kremlin will have a tough choice to make – to turn a blind eye in order to avoid a direct confrontation with NATO, or to raise the stakes and possibly jointly with Belarus attempt to capture parts of northern Ukraine.

At this point, however, it remains rather questionable if an international observer mission will be sent to the war-torn country at all. From Kiev’s perspective, such a move would secure Ukraine’s northern flank from a potential Russo-Belarusian attack, which means that the Ukrainian Armed Forces would be able to send additional reinforcement to the south and east of the country. Politically, NATO deployment to Ukraine would put both Russia and Belarus in a very difficult position, given that they would almost certainly have to react.

According to Vladimir Makei, Belarusian Minister of Foreign Affairs, deploying a mission of representatives of Western countries on the Ukrainian-Belarusian border would be equivalent to “these third countries directly engaging in the Ukrainian conflict”. But would such a development force Belarus to get directly involved in the Ukraine war?

Lukashenko has recently announced that Russian troops would return to Belarus, emphasizing that “this won’t be just a thousand troops”. He also said that Belarus and Russia will deploy a joint military task force in response to what he called an aggravation of tension on the country’s western borders. Does that mean that Russo-Belarusian units will be deployed to Belarusian-Polish and Belarusian-Lithuanian border, rather than close to Ukraine?

A joint military task force is being created for at least one of the following reasons: to prepare for a potential NATO attack on Belarus, to tie up Ukrainian forces near the border to prevent their deployment to the Donbass or the south, or as part of Russia’s preparation for an attack on Ukraine from the north.

Presently, the most realistic aim of Russo-Belarusian maneuvers is to stretch the Ukrainian defense in the north. In the long-term, however, all options might be on the table. Reports suggest that a counter-terrorist operation regime was quietly introduced in Belarus following Lukashenko’s meeting with the Security Council on 10 October. The country’s Ministry of Foreign Affairs has denied such rumors, saying that “the president gave an instruction, which was voiced publicly, to hold counter-terrorism activities.”

It is entirely possible that Belarus will implement similar measures that have already been implemented in Crimea, where Russian authorities have introduced a high (yellow) level of terrorist threat back in April. But those Russian actions have not prevented Ukraine from attacking the Black Sea Fleet Headquarter in Sevastopol and the Kerch Bridge. Still, it is not very probable that Ukraine would attack Belarus. To this day, Kiev has not retaliated against its northern neighbor, even though Minsk allowed Russia to use Belarusian territory for the invasion of Ukraine. A second front in the north is not in Ukraine’s interest.

Belarus, on the other hand, is not particularly willing to directly join the Ukraine war. Reportedly, around 80 percent of Belarusians stand against their country’s involvement in Russia’s so-called special military operation. But that could change in case of an attack on Belarus from Ukraine, be it a false flag or a real one. However, it is rather questionable if the Belarusian army has the capacity to fight. Moreover, Belarusian troops are not motivated to fight. They could defect or change sides. Thus, it is too risky for Lukashenko to deploy troops to Ukraine at this stage of the conflict.

Although Moscow has a significant leverage over Minsk, that does not necessarily mean that Lukashenko will follow all the instructions he gets from the Kremlin. Although Belarus remains heavily dependent on Moscow for money, fuel and security assistance, Lukashenko did not make any progress towards strengthening the role of the Russia – Belarus Union State, which was one of Kremlin’s demands over the past two years. Therefore, under the current circumstances, he is unlikely to commit political suicide and deploy Belarusian troops to Ukraine.

Finally, as long as Western embassies continue working in Kiev, there will be no new Russian attempt to capture the Ukrainian capital, be it with the help of Belarus or on its own. But given Belarusian preparations for war, including mobilization drills, in the long-term, Russia’s only ally’s direct involvement in the Ukraine conflict seems to be inevitable.