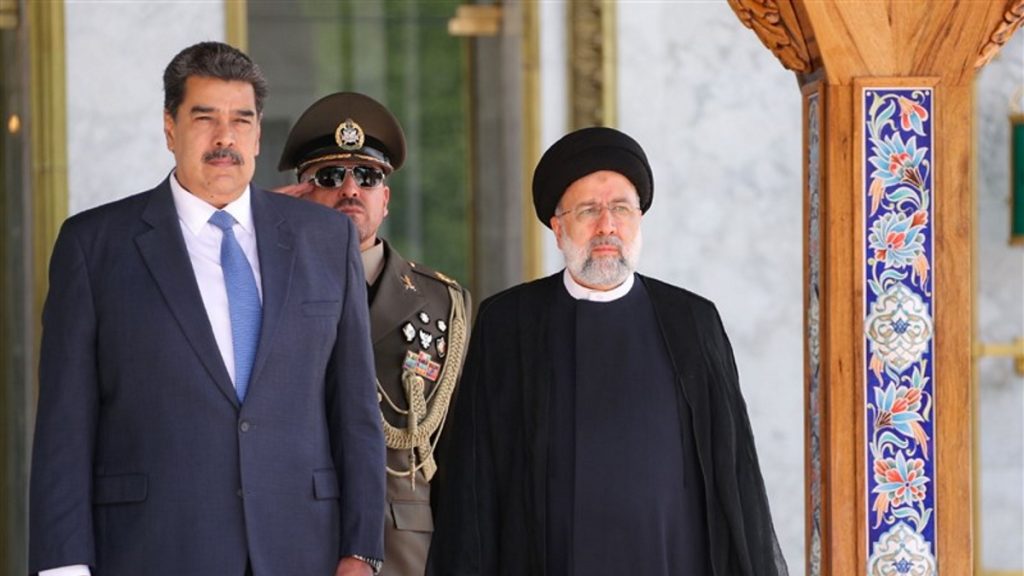 How deep will relations between Iran and Venezuela go?

As two oil-rich nations that find themselves in the crosshairs of the U.S. Deep State, Iran and Venezuela have forged strong ties in the past two decades.

Due to issues of domestic corruption and mismanagement, in addition to US sanctions and the lack of investment and technical expertise, Venezuela’s once prestigious oil sector is now on the ropes. Consequently, it has turned to Iran for assistance in various fields.

In June 2022, Iran and Venezuela signed off on a 20-year cooperation plan where Iran would help Venezuela maintain and repair its refineries, on top of providing engineering and technical expertise. Moreover, the two nations signed a deal in which Iran will send four oil tankers to Venezuela via the Iranian company SADRA. Back in July, weekly flights kicked off between Iran and Venezuela.

Over the past decade, Iran and Venezuela have heightened economic and political relations. For example, Iran rolled out a supermarket, Megasis, in Venezuela in 2020. Commercial ties between the two countries have intensified since then. On November 13, 2022, Venezuelan Minister of Transportation Ramón Velásquez announced the creation of a “sea bridge”, another move that amplifies bilateral trade between Iran and Venezuela.

But it’s not just economic and basic diplomatic relations that are witnessing stronger connections between the two nations. According to pro-Zionist think tank The Washington Institute, Venezuela’s largest airline Conviasa Airlines is allegedly participating in Iran’s “global illicit arms network”. Conviasa is working with Mahan Air, an Iranian private airline that allegedly functions “as a logistical arm of the Islamic Revolutionary Guard Corps (IRGC).”

Mahan has a track record of using civilian passenger flights to send munitions and weapons to allies such as the government of Bashar al-Assad in Syria and Hezbollah militants in Lebanon. Certain reports point to a significant presence of ex-IRGC pilots on many of Mahan’s flight crews. Conviasa’s suspected cooperation with Iranian military assets goes back even earlier, to 2008 specifically. That year, the US Congress and State Department manifested their concerns that Iran was using Conviasa’s weekly Caracas-Damascus-Tehran flights as a vehicle to send missile components to Syria.

Due to the controversial relationship Mahan has with the Iranian state, the US government has sanctioned it for using its flights to covertly send arms, funds, and operatives on behalf of the IRGC’s elite Quds Force.

In more recent times, Mahan assisted Conviasa in establishing a cargo subsidiary, Emtrasur, in November 2021. Emtrasur kicked off operations in January 2022, with a Mahan aircraft taking off from El Libertador Air Base. In effect, Emtrasur operates as the Venezuelan air forces’ “strategic airlift arm.” It currently has regular flight destinations to Belgrade, Moscow, and Tehran.

Interestingly, in October 2022, Russia went back to conducting seasonal charter flights to Margarita Island. These flights were heavily dependent on Conviasa’s aircraft owing to the international sanctions and restrictions European Union authorities imposed on Russian airlines. There is growing suspicion that these flights may have a dual use. In other words, they could be used to keep military activities under wraps.

Given the heightened Conviasa flight traffic between Venezuela, Iran, and Russia, there are now allegations that the airline might be facilitating the shipment of Iranian weapons and equipment to Russia. While it may be a coincidence, the increase in Conviasa flights has taken place at a time when Russia has dialed up the use of Iranian kamikaze drones in Ukraine, a move that has alarmed the Collective West.

All things considered, Iran and Venezuela have many reasons to pact with one another. They are both countries that the US views as integral members of the geopolitical “Legion of Doom” that China and Russia are spearheading. As a result, they must cope with massive sanctions and constant demonization from Collective West media outlets.

Due to the shared enemy in the US, which is only growing more fanatic in its foreign policy outlook, Iran and Venezuela will only strengthen their relations on all fronts — diplomatic, economic, and military. Should the US overplay its hand in the Middle East by excessively escalating tensions with Iran, it could potentially see unexpected forms of blowback — refugee caravans, sabotage operations, funding of riots, etc. — in Latin America that the Venezuelan regime will take pleasure in executing.

That’s how geopolitics in the multipolar world is unfolding and there are many self-styled “experts” who are not prepared for how things will operate in this new international order.