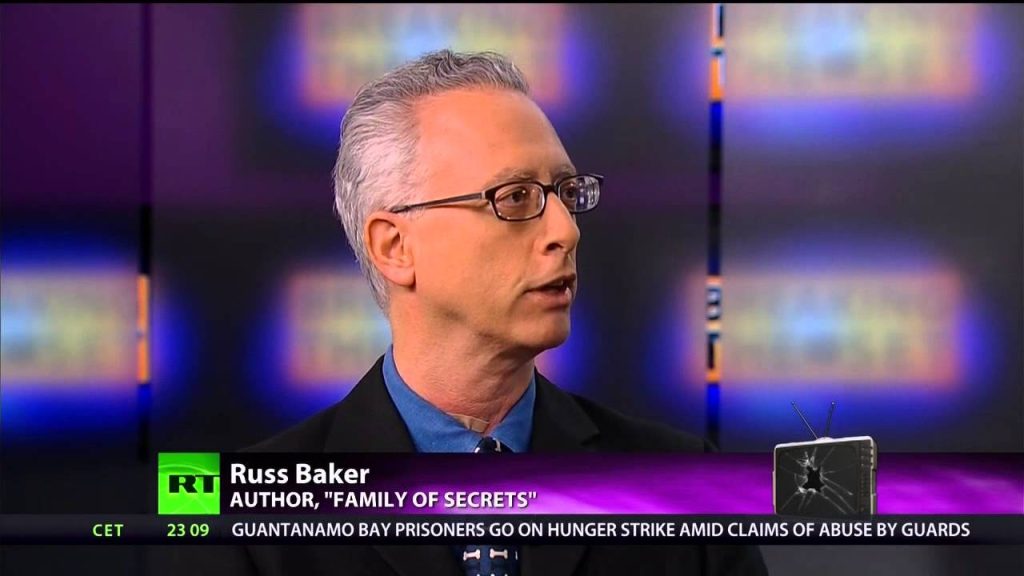 To learn more about deep politics and international affairs, go to: whowhatwhy.org

Russ Baker’s career has been about one thing: finding out what really happened—or the truth of what is currently unfolding—and presenting it to the public in a compelling, entertaining, thoughtful manner.

In his reporting and writing he brings the best of mainstream methods (balance and rigor) to the alternative media, and the best of the alternative media (passion for the truth and the larger story) to the mainstream. He focuses on getting past the rhetoric to expose the hidden levers and machinations that shape our world. Baker’s investigative reporting, analysis pieces, features, and essays on politics, power, and perceptions have appeared in many of the world’s finest publications.

Over the past two decades, Baker has produced over a thousand stories, most of them for magazines and newspapers and online publications — but also for television and radio — on a broad range of topics, from political revolutions to revolutionary humor. He has pursued stories in Europe, Asia, Africa and the Caribbean. Among other things, Baker covered Hutu-Tutsi massacres in Central Africa, the fall of the Berlin Wall and the overthrow of the longtime Romanian dictator Nicolae Ceausescu. He spent one and a half years as a correspondent and investigative reporter based in the former Yugoslavia. When not wrestling with traditional hard-news and politics, he has written essays and critiques, and profiles of colorful and controversial figures, from the notorious murderer-on-the-run Ira Einhorn (whom Baker caught up with in the French countryside) to the irreverent tv culinary hero, Iron Chef Morimoto, as he was preparing to open his first restaurant.

Baker has received Society of Professional Journalists, Mencken and Common Cause awards, served as a panelist for the national conference of Investigative Reporters & Editors, and been a member of the adjunct faculty at Columbia University’s Graduate School of Journalism. He appears frequently in the electronic media to discuss current events. He is the co-founder of the journalism soirees that evolved into the company, MediaBistro.

In 2004, Baker devoted himself largely to researching stories that provided new insights into the rise of George W. Bush and the policies he pursued, including the war in Iraq. He also explored the integrity of the voting system and examined instances of alleged election fraud. This research led him to begin working on a book, FAMILY OF SECRETS: The Bush Dynasty, The Powerful Forces That Put it in the White House, and What Their Influence Means for America, which was published by Bloomsbury Press in 2009. It was later issued in paperback as FAMILY OF SECRETS: The Bush Dynasty, America’s Invisible Government, and the Hidden History of the Last Fifty Years. Widely praised, it has become a best-seller, is available as an e-book, and, by early 2012, as an audio book.

In 2005, Baker founded a nonprofit, nonpartisan news organization dedicated to producing ground-breaking, transformative, independent investigative journalism: WhoWhatWhy.com. He spends most of his time running that site (including editing and writing for it), does public speaking, and is working on a new book.

Want Russ to speak to your organization, class or event? Click here.