Ray McGovern: The Second Cold War is All About the Money 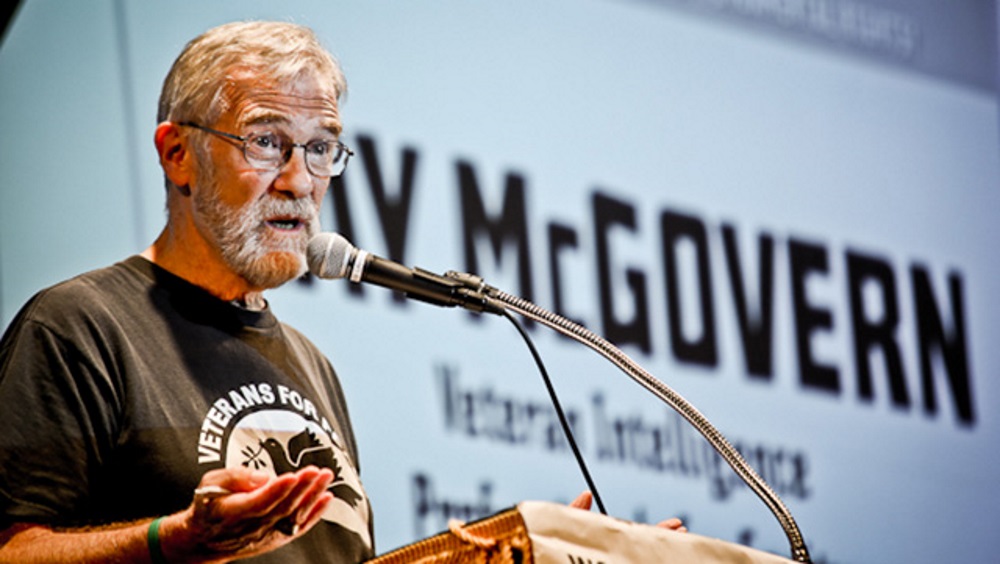 Former CIA intelligence officer Ray McGovern provides his analysis of the Second Cold War between the United States and Russia and the threats created by the US-NATO overthrow of Ukraine and aggression on Russia’s border.

Ray McGovern was an Army infantry/intelligence officer and then served as a CIA analyst for 27 years, from the administration of John F. Kennedy to that of George H. W. Bush. Ray’s duties included chairing National Intelligence Estimates and preparing the President’s Daily Brief, which he briefed one-on-one to President Ronald Reagan’s five most senior national security advisers from 1981 to 1985.

In January 2003, Ray co-created Veteran Intelligence Professionals for Sanity (VIPS) to expose how intelligence was being falsified to “justify” war on Iraq.

A founder of Sam Adams Associates for Integrity in Intelligence ( samadamsaward.ch ), Ray was happy to be able, with former awardees Thomas Drake, Coleen Rowley, Jesselyn Radack, to present the annual award in 2013 to Edward Snowden.

Ray’s B.A. and M.A. degrees – both from Fordham University – are in Russian history, language, and literature, with minors in theology, philosophy, and classics.  He has taught Russian as an adjunct at the University of Virginia.  Ray also holds a Certificate in Theological Studies from Georgetown University and is a graduate of Harvard Business School’s Advanced Management Program.

A Catholic, Ray has been worshipping for many years with the ecumenical Church of the Saviour.  He has been invited to lecture at various interfaith and ecumenical events around the U.S., and has preached during services at a number of Christian churches and Jewish synagogues.

Ray is fluent in Russian, German, and Spanish.  He and his wife have been married 55 years; they have five children and nine grandchildren.