Lance deHaven-Smith: What Are State Crimes Against Democracy? 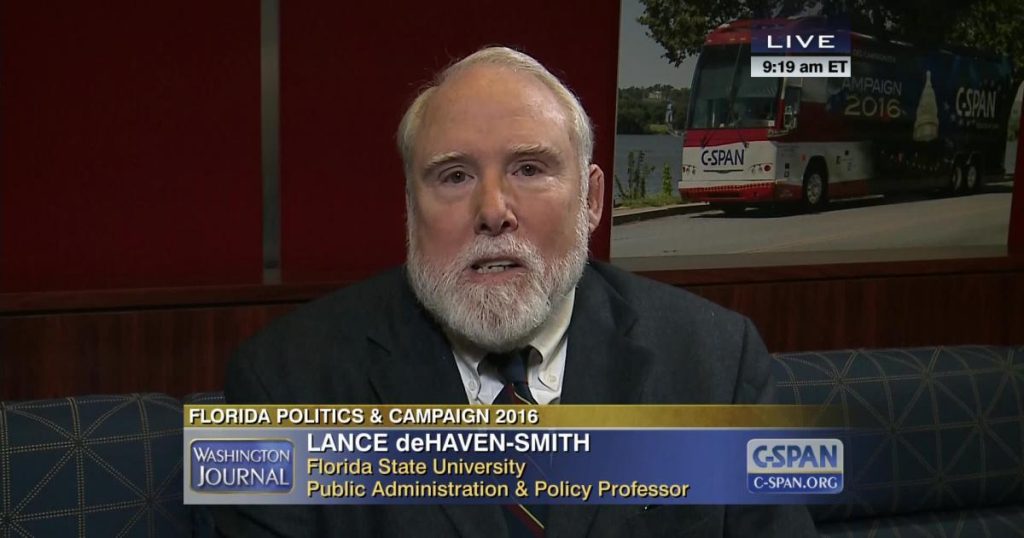 Professor Emeritus Dr. Lance deHaven-Smith explains the importance of studying State Crimes Against Democracy (SCAD), an original phrase that he coined to describe the “high crimes” of elites in political office . He also explains how the CIA created the terminology “conspiracy theorist” in 1967 specifically to shut down any real investigation into crimes of the political elite.

Dr. Lance deHaven-Smith is a Professor Emeritus in the Reubin O’D. Askew School of Public Administration and Policy at Florida State University.  He received his B.A. degree from the University of Georgia, summa cum laude, and his M.A. and Ph.D. from The Ohio State University.  A former President of the Florida Political Science Association, Dr. deHaven-Smith is the author of over a dozen books on topics ranging from religion and political philosophy to Florida government and politics.  His books on Florida include: Government in the Sunshine State (co-authored with David Colburn); Florida’s Megatrends (also co-authored with David Colburn); The Florida Voter; Environmental Concern in Florida and the Nation; The 1998 Almanac of Florida Politics (with Tom Fiedler); The 2000 Almanac of Florida Politics (also with Tom Fiedler); and The Atlas of Florida Voting and Public Opinion.  His most recently published book is The Battle for Florida, which analyzes the disputed 2000 presidential election.  His most recent book is Conspiracy Theory in America,  whch was published in hardback by the University of Texas Press in 2013.  The paperback edition came out  in 2014.

Dr. deHaven-Smith has received many awards for his teaching, research, and community service.     While still a graduate student, he won the Chastain Award from the Southern Political Science Association for the best paper presented at its Annual Convention in 1978.     His first book (Philosophical Critiques of Policy Analysis) won the Manning Dauer prize for scholarship from the University of Florida.     In 2004, he was selected by Florida Trend Magazine as one of Florida’s 174 most influential people and 6 most influential scientists.     In 2006 he won FSU’s Graduate Teaching Award, one of only two such awards made by the University each year. In 2015 Dr. deHaven-Smith was appointed Reubin O’D. Askew Eminent Scholar in Florida Government and Politics. He retired in 2016 and was unanimously endorsed as Porfessor Emeritus by the faculty in his college.