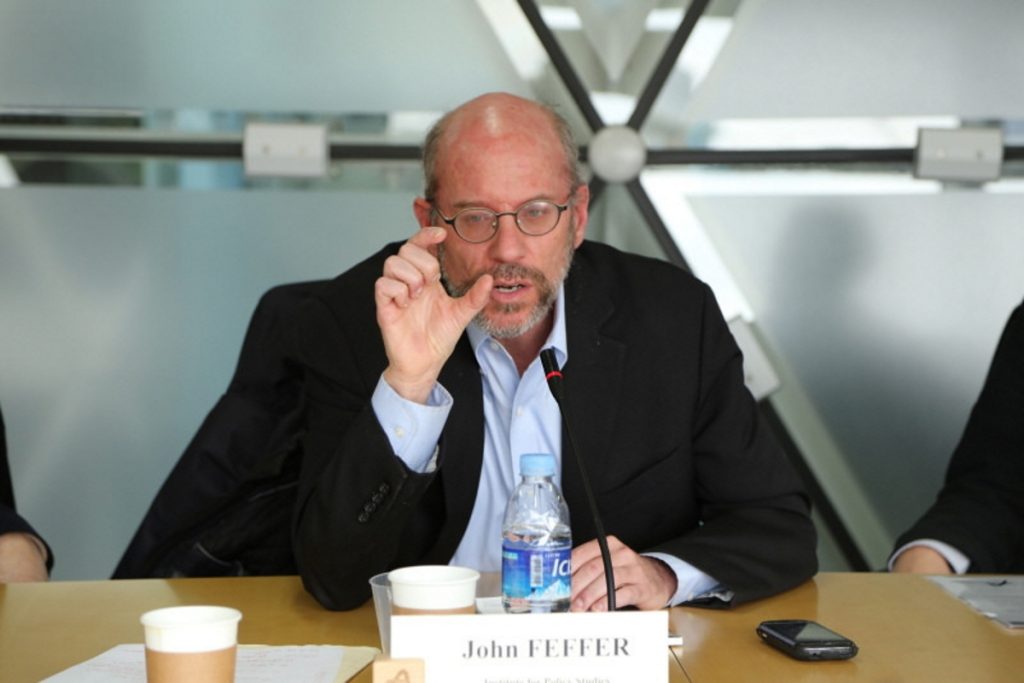 Author John Feffer discusses the history and geopolitics of North Korea, diplomatic solutions to the crisis and the worst-case scenario of world war.

Time to Make a Deal with North Korea https://www.johnfeffer.com/time-to-make-a-deal-with-north-korea

Trump and the Geopolitics of Crazy https://www.johnfeffer.com/trump-and-the-geopolitics-of-crazy

The Greatest Threat to Both Koreas? Donald Trump’s Mouth https://fpif.org/video-greatest-threat-koreas-donald-trumps-mouth

He is the author of several books and numerous articles. He has been an Open Society Foundation Fellow and a PanTech fellow in Korean Studies at Stanford University. He is a former associate editor of World Policy Journal. He has worked as an international affairs representative in Eastern Europe and East Asia for the American Friends Service Committee.

He has studied in England and Russia, lived in Poland and Japan, and traveled widely throughout Europe and Asia. He has taught a graduate level course on international conflict at Sungkonghoe University in Seoul in July 2001 and delivered lectures at a variety of academic institutions including New York University, Hofstra, Union College, Cornell University, and Sofia University (Tokyo).

John has been widely interviewed in print and on radio. He serves on the advisory committees of the Alliance of Scholars Concerned about Korea. He is a recipient of the Herbert W. Scoville fellowship and has been a writer in residence at Blue Mountain Center and the Wurlitzer Foundation.