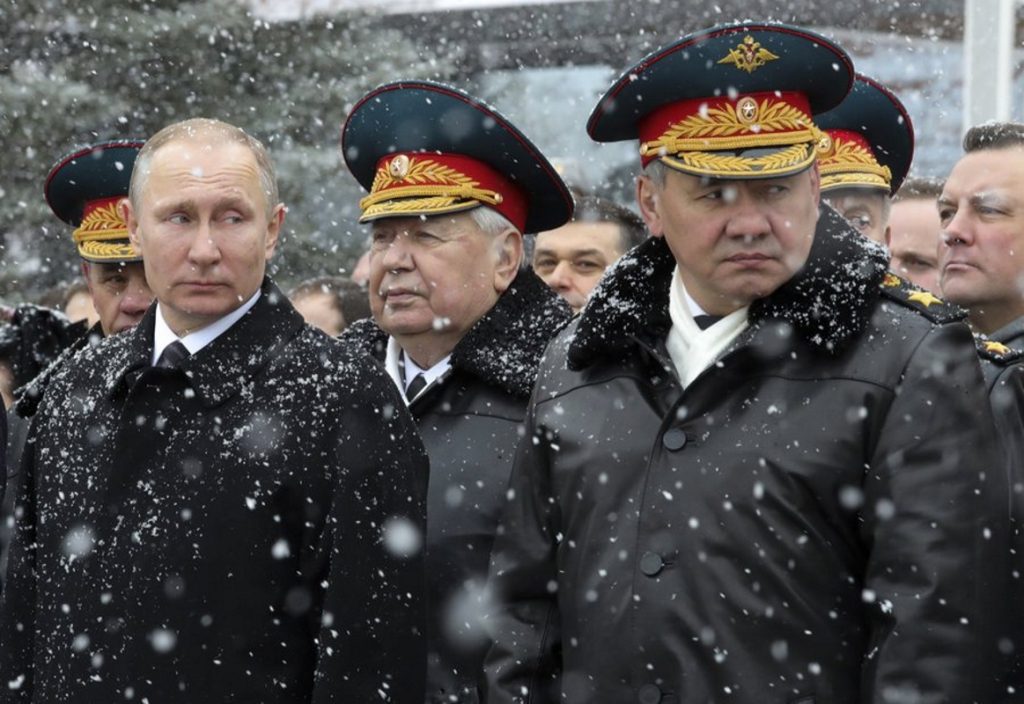 Former military intelligence officer The Saker gives an update on the New Cold War and explains how Russia has developed a superior military capability to NATO-Pentagon and how they are geopolitically positioning themselves in preparation for a war.

The Best Armed Forces on the Planet: America or Russia? https://www.globalresearch.ca/the-best-armed-forces-on-the-planet-america-or-russia/5569538

US Navy’s “State-of-the-Art” Littoral Combat Ships Are Outgunned by Russian Designs a Quarter of Their Size https://www.checkpointasia.net/index.php/2017/11/11/us-navys-state-of-the-art-littoral-combat-ships-are-outgunned-by-russian-designs-a-quarter-of-their-size

The F-35 Is a $1.4 Trillion National Disaster https://medium.com/war-is-boring/the-f-35-is-a-terrible-fighter-bomber-and-attacker-and-unfit-for-aircraft-carriers-c6e36763574b

The Saker was born in a military family of “White” Russian refugees in western Europe where he lived most of his life. After completing two college degrees in the USA, he returned to Europe were he worked as a military analyst until he lost his career due to his vocal opposition to the western-sponsored wars in Chechnia, Croatia, Bosnia and Kosovo. After re-training as a software engineer, he moved to the Florida where he now lives with his wife, a veterinarian, and their three children. When he does not blog or help his wife at work, the likes to explore the Florida wilderness on foot, mountain bike and kayak or play acoustic jazz guitar.

The Saker community of blogs is the only such international and multi-lingual community of blogs. We collaborate with all the main English language blogs about Russia and the Ukraine. Our articles are often picked up by Russia Insider, the Asia Times, Information Clearing House and many others news sources and our work has been quoted by Paul Craig Roberts, Sheikh Imran Hosein, Pepe Escobar and many others.