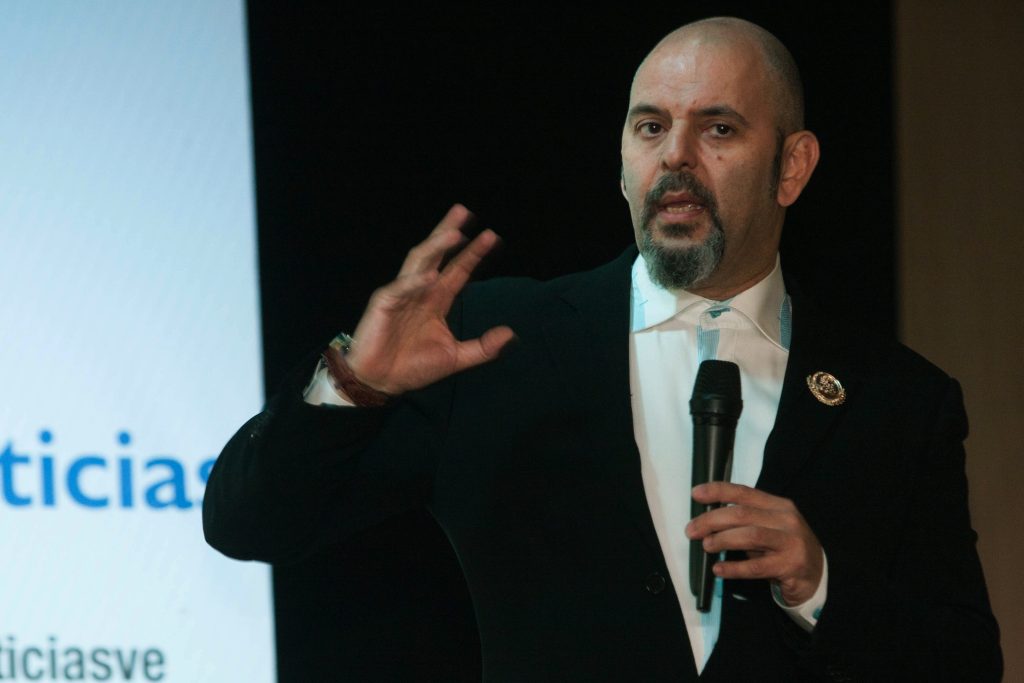 Daniel Estulin explains the US regime change in Venezuela and how it is part of a bigger global shifting alliance of interests, where China has agreed to let the U.S. take Venezuela in exchange for North Korea. He discusses his latest book “In the Shadows of a Presidency”, and what scenarios he sees playing out beyond the coming global economic reset.

Dr. Daniel Estulin is a dangerous man to the status quo. Possessed, obsessed, tenacious and courageous, a 2015 Nobel Prize nominee and a multi award-winning investigative journalist, he is a man who has been in the cross-hairs of the global power brokers for almost two decades. He is our preeminent historian of the global elite, a scholar of remarkable breadth and erudition and one of the world’s most outspoken public intellectuals.

Dr. Estulin doesn’t just inspire us, he informs us with his intelligence, authenticity, generosity and compassion. He provides the information, tools, and motivation necessary to inspire and catalyze strategic citizen action. In doing so, his work strengthens movements, ensures a more just system, and brings us closer to the promise of democracy.

His 2015 Nobel Peace Prize nomination is a tribute and recognition for all the work in fighting, exposing and risking his life for the common good of the human race. He gave two speeches at the European Parliament in 2010 and 2012 on European Integration and financial crisis. In November 2014, Mr. Estulin was a keynote speaker at the United Nations conference in Vienna, “Strategic Tendencies of World Politics 2015-2020”.

In 2015 and again in 2016, Estulin won Mexico’s highest award for journalism. Between 2012 and 2014, Estulin presented and directed the highest rates Spanish language TV show in the world, Desde la Sombra (Out of the Shadows), on RT’s international channel with a weekly audience of over 6 million/ episode. Since 2005, Dr. Estulin has given over 700 conferences to 500,000+ people.

In his international best seller, The True Story of the Bilderberg Group, which has sold 7.2 million copies in 68 countries and been translated into 48 languages, Dr. Estulin was the first man to publicly expose this shadowy cabal of some of the world’s most powerful behind the scenes manipulators. Again and again, Dr. Estulin bravely journeys to the epicenter of hell to uncover some of the most mind-boggling crimes by the men who run the world from behind the scenes.

Revealed: US And Colombia Conspiring To Intervene In Venezuela https://disobedientmedia.com/2019/02/revealed-us-and-columbia-conspiring-to-intervene-in-venezuela

Venezuela: Pope wants to verify will of both parties https://www.vaticannews.va/en/pope/news/2019-02/venezuela-pope-wants-to-verify-will-of-both-parties.html

As a former UN special rapporteur, the coup in Venezuela reminds me of the rush to war in Iraq https://www.independent.co.uk/voices/venezuela-crisis-coup-maduro-guaido-us-troops-un-iraq-a8767506.html