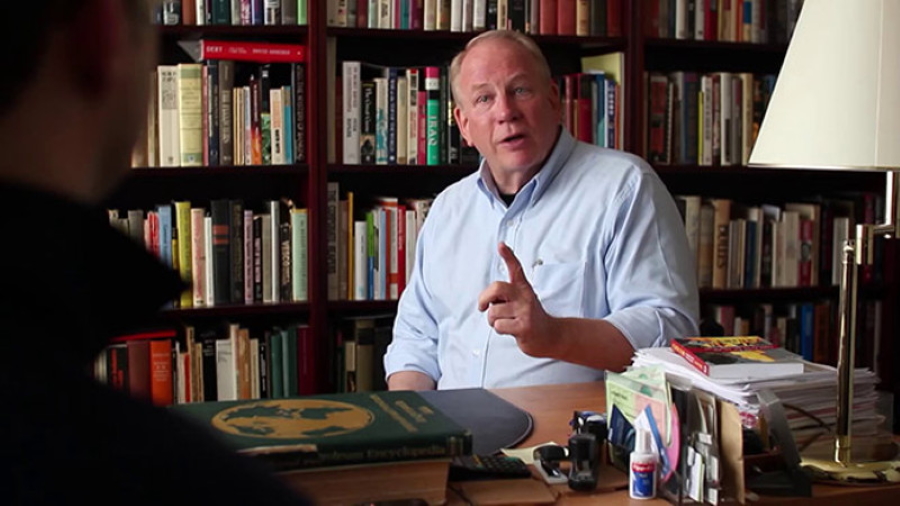 Strategic risk consultant and best-selling author F. William Engdahl discusses the Coronavirus “pandemic” and how scenarios by the Rockefeller Foundation in their 2010 report and the 2019 “Event 201” Coronavirus pandemic simulation by Microsoft’s Bill Gates (in conjunction with pharmaceutical companies such as Johnson & Johnson, US military, CIA, and the head of Chinese CDC) foretold in detail the events we are experiencing in real-time with the COVID-19 crisis. He explains how he never could have imagined such a dystopian geopolitical scenario in his wildest dreams. He looks at the economic collapse that is underway and where the globalists are pushing us, including a digital cashless society, and why they need to destroy the United States of America as a functioning sovereign entity.

Rockefeller Foundation – Scenarios for the Future of Technology and Development (2010) https://ia802609.us.archive.org/12/items/pdfy-tNG7MjZUicS-wiJb/Scenarios%20for%20the%20Future%20ofTechnology%20and%20International%20Development.pdf

He has been researching and writing about the world political scene for more than thirty years. His various books on geopolitics—the interaction between international power politics, economics and geography—have been translated into 14 foreign languages from Chinese to French, from German to Japanese.

His most recent works trace the strategies and events that led to the rise of the US as an international superpower. He describes the emergence after 1945 of an American power as a new kind of Empire not based upon sole military occupation of land, but control of vital resources. Domination was through creation of an informal empire where control of finance, of the basic food chain, of energy—above all of oil, would be the basis for what would become the greatest concentration of power in history, an American Sole Superpower after the collapse of the Soviet Union.

Born in Minnesota, William Engdahl grew up in Texas. After earning a degree in politics from Princeton University, and graduate study in comparative economics at Stockholm University, he worked as an economist and investigative freelance journalist in New York and Europe.

He has lectured on contemporary geopolitics as Visiting Professor at Beijing University of Chemical Technology and delivers talks and private seminars around the world on different aspects of economics and politics with focus on political risk. He has given talks at the Ministry of Science and Technology Conference on Alternative Energy, Beijing; London Centre for Energy Policy Studies of Hon. Sheikh Zaki Yamani; Turkish-Eurasian Business Council of Istanbul, Global Investors’ Forum (GIF) Montreaux Switzerland; Bank Negara Indonesia; the Russian Institute of Strategic Studies; the Chinese Ministry of Science and Technology (MOST), Croatian Chamber of Commerce and Economics.

William is a Research Associate of Michel Chossudovsky’s Centre for Research on Globalization in Montreal, Canada and member of the editorial board of Eurasia magazine. He currently lives in Germany and in addition to writing and giving interviews on current events, consults as a political risk economist for various private organizations, major European banks and private investor groups. Why the “F.” in F. William Engdahl? That’s an interesting question.