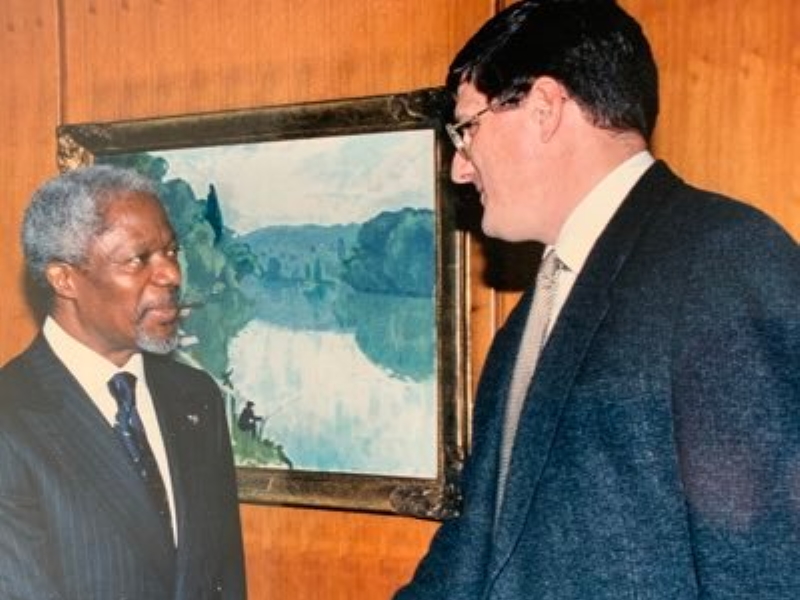 Former UN Weapons Inspector Scott Ritter discusses US foreign policy, the decline of US empire, and the shift toward a multipolar world. He considers the Biden administration to be one of the most dangerous in modern times as it has gone back to square one (the post-WWII era), demanding American allies and the world subordinate themselves to Washington. He looks at the rise of Iran, the failed Forever Wars in the Middle East which have destroyed the American economy and military, and considers NATO a joke of an organization no longer capable of fighting a war. The U.S is unable to catch up to China’s economic infrastructure investments and the consequences of continued hegemonic behavior and failed diplomacy could translate into escalation of military conflict with Russia or China and ultimately risk the use of nuclear weapons.

Scott Ritter is a former Marine intelligence officer who served in the former Soviet Union, implementing arms control agreements, and on the staff of General Norman Schwartzkopf during the Gulf War, where he played a critical role in the hunt for Iraqi SCUD missiles. From 1991 until 1998, Mr. Ritter served as a Chief Inspector for the United Nations in Iraq, leading the search for Iraq’s proscribed weapons of mass destruction. Mr. Ritter was a vocal critic of the American decision to go to war with Iraq. He resides in Upstate New York, where he writes on issues pertaining to arms control, the Middle East and national security. Dealbreaker is Mr. Ritter’s eighth book.