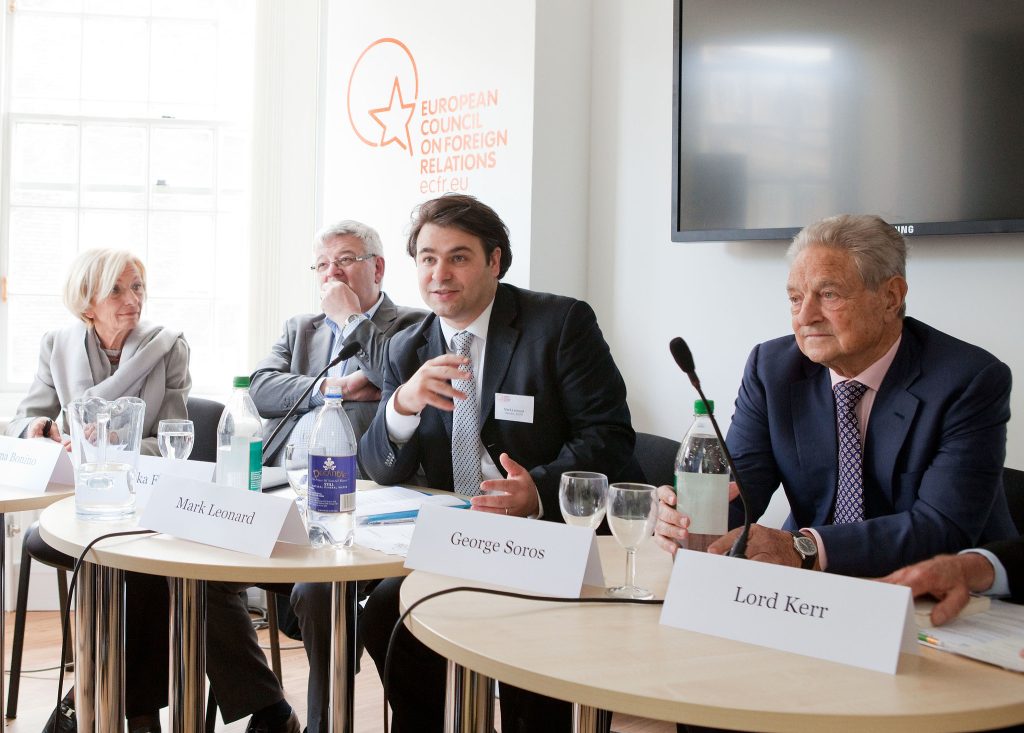 ECFR Director Mark Leonard discusses his new book “Age of Unpeace” and why having an open, globalized, “one-world” of connectivity is actually the source of problems today and how issues that bring us together (e.g. internet, migration, economy, health, climate) are being weaponized and providing new platforms for countries to hurt each other. The three empires of connectivity (U.S., China, EU) will define the new global order which in turn will impact the “fourth world”. He examines the U.S.-China relationship and how they are becoming ‘mimetic doubles’ of each other and converging, with the threat of the West becoming more like Beijing. He gives his thoughts on U.S. withdrawal from Afghanistan and reveals his “nightmare scenario” in the age of unpeace.

The Afghan tragedy and the age of unpeace https://ecfr.eu/article/the-afghan-tragedy-and-the-age-of-unpeace

The fall of the Afghan government and what it means for Europe https://ecfr.eu/podcasts/episode/the-fall-of-the-afghan-government-and-what-it-means-for-europe

Mark Leonard is co-founder and director of the European Council on Foreign Relations, the first pan-European think tank. His topics of focus include geopolitics and geoeconomics, China, EU politics and institutions.

Leonard hosts the weekly podcast “Mark Leonards’s World in 30 Minutes” and writes a syndicated column on global affairs for Project Syndicate. Previously he worked as director of foreign policy at the Centre for European Reform and as director of the Foreign Policy Centre, a think tank he founded at the age of 24 under the patronage of former British Prime Minister Tony Blair. In the 1990s, Leonard worked for the think tank Demos where his Britain™ report was credited with launching Cool Britannia. Mark has spent time in Washington, D.C. as a Transatlantic Fellow at the German Marshall Fund of the United States, and in Beijing as a visiting scholar at the Chinese Academy for Social Sciences.

He was Chairman of the World Economic Forum’s Global Agenda Council on Geoeconomics until 2016.

Honoured as a “Young Global Leader” of the World Economic Forum, he spends a lot of time helping governments, companies, and international organisations make sense of the big geo-political trends of the twenty-first century. He is a regular speaker and prolific writer and commentator on global issues, the future of Europe, China’s internal politics, and the practice of diplomacy and business in a networked world. His essays have appeared in publications such as Foreign Affairs, the Financial Times, the New York Times, Le Monde, Süddeutsche Zeitung, El Pais, Gazeta Wyborcza, Foreign Policy, the New Statesman, the Daily Telegraph, The Economist, Time, and Newsweek.

As well as writing and commenting frequently in the media on global affairs, Leonard is the author of best-selling books. His first book, Why Europe will run the 21st Century, was published in 2005 and translated into 19 languages. Leonard’s second book, What does China think? was published in 2008 and translated into 15 languages. He has published an edited volume on Connectivity Wars and in September 2021, his latest book on this topic “The Age of Unpeace. How Connectivity Causes Conflict” will be released.