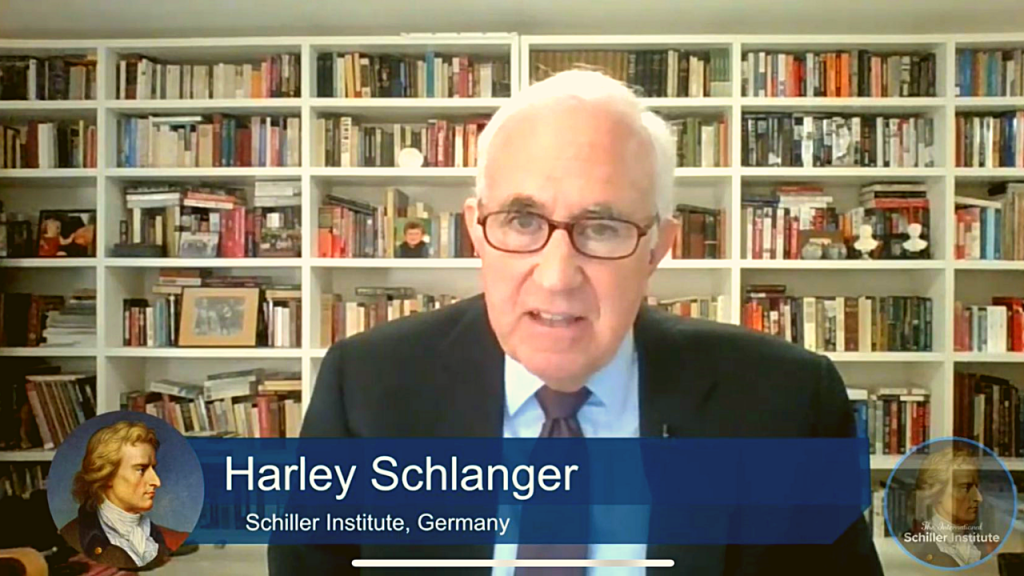 Harley Schlanger discusses the importance of JFK on the 58th anniversary of his assassination, how he had been moving against ’empire policy’, and how far downhill the U.S. has gone since. The U.S. is committed to a global “rules-based order” with rules made by bankers and some of the same cartels, networks, and trusts who put Hitler into power. The Great Reset is something that has been underway for a while, which would give central bankers the power to determine spending. The Green New Deal is connected to The Great Reset because they don’t want to invest new credit into new physical economy, they want to shut down production. This is the purpose of the concocted environmental crisis. These Malthusians would rather not reduce the population through war because military conflict can get out of hand, they prefer disease and IMF conditionalities. The Treasury and Fed are setting up special detective units to check which countries and banks are investing in corporations that have a carbon footprint, with the idea of denying them credit. Given that they have suffered a huge loss at COP26, we discuss the escalation toward a US-Russia-China war, how we are one false flag away from conflict, and how Belt and Road threatens the international oligarchy.

Conference: All Moral Resources of Humanity Have To Be Called Up https://schillerinstitute.com/blog/2021/11/11/conference-all-moral-resources-of-humanity-have-to-be-called-up-mankind-must-be-the-immortal-species