Could the War in Ukraine Reshape the World Energy Order? 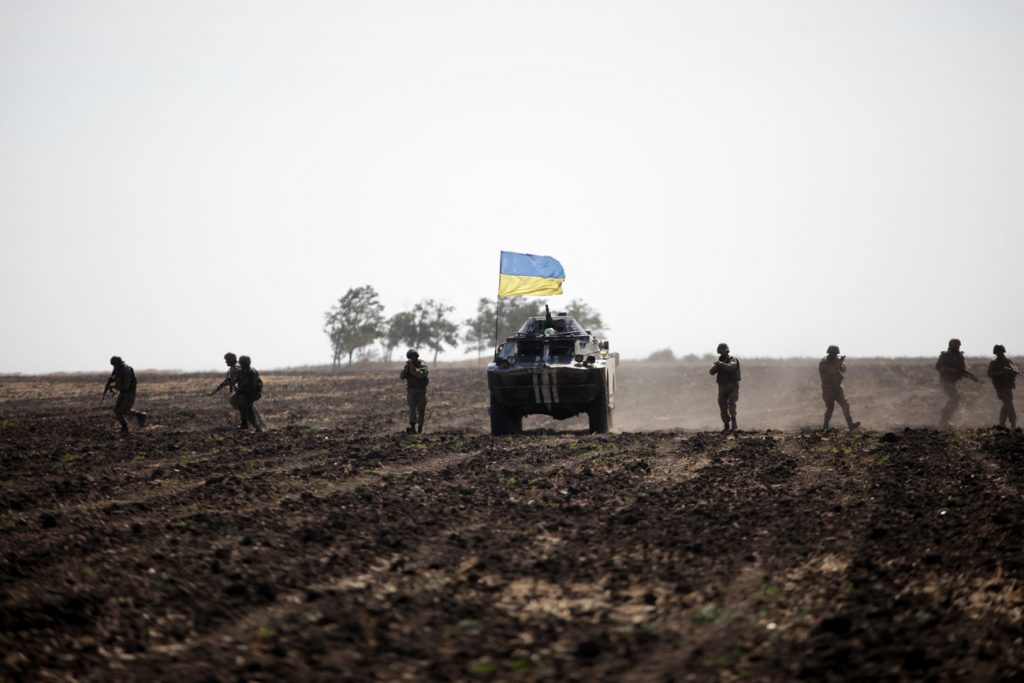 Western powers continue to supply Ukraine with weapons, while the Kremlin keeps demonstrating its impotence by calling on NATO countries to stop pumping the Eastern European nation up with artillery ammunition, drones, anti-tank and anti-aircraft missiles. Moscow even hesitates from arming its proxies in the Donbass region of Eastern Ukraine, fearing that such a move could result in severe anti-Russian sanctions.

At the same time, Russia continues to mass troops near the Ukrainian border, although the country’s officials claim that Moscow has no intention to invade its neighbor. The United States, however, accuses Russia of planning to fabricate a pretext for an invasion of Ukraine using a fake video involving actors. Russian-backed self-proclaimed Donetsk People’s Republic, on the other hand, apparently has information that Ukraine has completed preparations for a military offensive in the coal-rich region.

Although this blame game between Russia and the West has been going on for months, the situation on the ground remains calm. Despite fearmongering rhetoric in the Western media, Russia does not seem willing to launch a full-scale war against Ukraine. From the Kremlin’s perspective, occupying energy-poor Ukraine would mean that Moscow would have to feed millions of people who would unlikely be loyal to the Russian authorities. However, if Kiev, backed by the West, eventually launches a military offensive in the Donbass, Russia will have two very simple options: to intervene or not to intervene.

“What’s the point of having this superb military you’re always talking about if we can’t use it?” former US Secretary of State Madeleine Albright once told Colin Powell who served as the Chairman of the Joint Chiefs of Staff. Indeed, Russia has the world’s most powerful ground force, and the second-most powerful air force and navy fleet, but the Kremlin seems to try to avoid engaging into a direct military confrontation against Western-sponsored Ukraine by all means.

Even though the United States rejected Russia’s demand to bar the Eastern European country from joining NATO, to this day Russian officials continue to hold talks with Western leaders, allegedly hoping that they will eventually find a common ground over Ukraine. In reality, Moscow seems to have accepted Washington’s rules in a new Cold War game between the two powers. Russia, as a legal successor of the Soviet Union, plays a role of a junior partner, and often has to make concession to the US and its Western allies.

The very fact that French President Emmanuel Macron, and German Chancellor Olaf Scholz, are scheduled to visit Moscow on February 7 and 15, suggests that a war between Russia and Ukraine will unlikely break out in the first half of the month. The West attempts to drag out the negotiation indefinitely, and the Kremlin does not seem to have a political will to break the never-ending charade. British defense and foreign secretaries are expected to visit Moscow later this month, and after that the ball will be in the Russian court.

Chances for a serious provocation, be it in the Donbass, Crimea, or any other part of Ukraine, will continue to grow. Facebook and YouTube have recently blocked accounts affiliated with the self-proclaimed Donbass republics, which could mean that the final preparations for a potential confrontation are underway. Russia, however, has very little reasons to start a war. The Kremlin, through its proxies, firmly controls coal production in the Donbass, while Kiev aims to restore its sovereignty over the region. Ukrainian officials, however, insist that they do not intend to launch a military offensive in the Donbass. But what if Western powers, as major foreign actors operating in Ukraine, have different plans?

Ever since the allegedly pro-Russian Ukrainian President Viktor Yanukovych was overthrown in 2014, the West has been using Ukraine as an instrument against Russia. Moscow, on the other hand, uses the self-proclaimed Donbass republics as a tool against Kiev, which means that Russia and the West have been fighting a proxy war in Ukraine for eight years.

Now that the world is faced with a serious energy crisis, Moscow and Washington seem to look for a pretext for redistribution of global energy supply. A potential war between Russia and Ukraine, be it just a limited military operation or a large-scale conflict, could speed up the process of the transformation of the global energy system.