Can Russia Really Win In Ukraine? 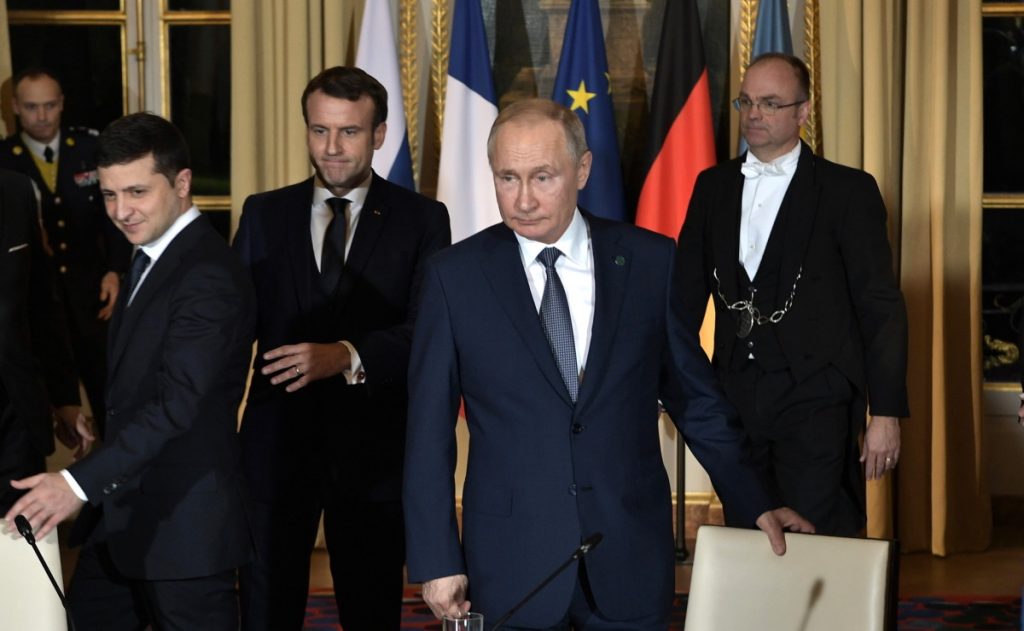 The Russian Army is slowly advancing and capturing new territories in Ukraine, although its troops are suffering heavy losses. Unless tragic events in the Eastern European country are part of a wider geopolitical deal between the United States and the Russian Federation, in the long-term the Kremlin’s defeat in Ukraine seems to be inevitable.

Ukraine receiving fighter jets from the European Union could be a turning point in the conflict that erupted on February 24. Ever since Russia launched an invasion of the former Soviet republic, its Armed Forces had a significant air superiority over the Ukrainian Army. But if Ukrainian pilots eventually pick up MiG-29 fighter jets from Poland and other Eastern European NATO members, the situation on the ground could start changing.

Such a development would be a big test for Russia’s S-300 and S-400 anti-aircraft missile systems. In Ukraine, Moscow would finally have the opportunity to prove how efficient those weapons are. The problem for the Russian Armed Forces is that Ukraine is already supplied with Turkish-made Bayraktar drones, which have destroyed dozens of Russian military columns. Thus, in the near future Russia could have a hard time protecting both its anti-aircraft missile systems from the Ukrainian drones, and its troops on the ground from new Ukrainian jets.

Although NATO will unlikely deploy troops to Ukraine – at least at this phase of the war – it is entirely possible that the US-led alliance will implement a strategy similar to the one that Russia used in the Donbass in 2014. The Kremlin has been denying its involvement in the Donbass conflict ever since it began, claiming that regular Russian army was not taking part in any operations in the coal-rich region. As a result, a sarcastic name for Russian soldiers or mercenaries secretly deployed abroad has been coined – ihtamnet (meaning “they are not there”). NATO countries could eventually deploy their own version of “ihtamnet” to Ukraine, which will create additional problems for Russian forces on the ground.

That, however, does not necessarily mean that Russian military will stop advancing towards Kyiv, Kharkiv and other Ukrainian major cities, but its movements will certainly be additionally slowed down. Moreover, it will be very difficult for the Russian Army to control the territory it already captured, given that the local population and officials continue to provide passive resistance to the Russian occupation.

In Kharkiv, Eastern Ukrainian city where pro-Russian sentiment was very strong in 2014, Russia is facing a significant resistance. Even in the Donbass, in places where Russia-backed Lugansk People’s Republic established full control, locals came out to protest. Similar scenes were seen in Ukraine’s southeastern cities of Kherson, Melitopol and Berdyansk. In other words, local population in southeastern Ukraine does not see Russian troops as liberators, but as intruders.

The Kremlin strategic planners seem to have underestimated the Ukrainians’ determination not to be part of the “Russian world”. Even if Russia manages to establish full control over Kyiv, and all southeastern regions of Ukraine, it may take years, if not decades before it wins hearts and minds of the local population. But can Russian sanctions-hit economy afford feeding millions of Ukrainians?

Presently, Russian troops are still fighting on the outskirts of Eastern Ukrainian cities, where pro-Russian sentiment was relatively strong until 2014. If, eventually, Russian forces manage to advance westward, resistance is expected to be even fiercer than in the east of the country. Therefore, the Kremlin will have to start looking for an exit strategy. Russia’s maximalist demands – “denazification” and demilitarization of Ukraine – will make its exit from the Eastern European country even more difficult. If Moscow’s goals are not achieved, and its troops eventually leave Ukraine, Russia will be seen as a de facto defeated side in the conflict. Such a development will allow NATO to provide Ukraine with even more weapons, and to prepare Kyiv to eventually restore its sovereignty not only over the Donbass, but over Crimea as well.