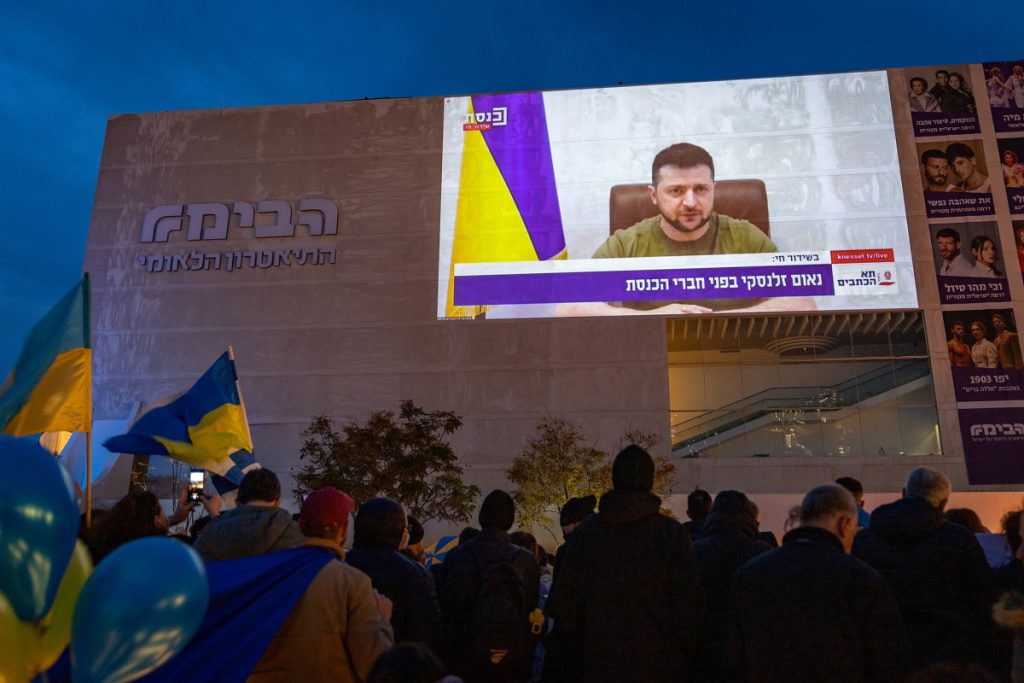 While Russia prepares for the “decisive” battle for the Donbass, the West continues to supply Ukraine with weapons. Sooner or later the war will enter a new stage, with no indications that it could be over any time soon.

The United States and its allies have already supplied the Eastern European country with tons of weapons. Washington has recently announced that it will send to Ukraine helicopters that can be equipped to launch ground attacks. The US is also expected to provide Kyiv with Humvees, howitzer artillery, as well as coastal defense drones. Previously, neighboring Slovakia has delivered the S-300 air defense system to Ukraine, and Bratislava is expected to transfer its MiG jets to the war-torn nation.

At the same time, Ukraine seems to be preparing to start conducting military operations on the territory of Russia. Reports suggest that Ukrainian sabotage groups have already destroyed a key railway bridge in Belgorod, Western Russia, where Ukrainian helicopters have reportedly struck fuel depots on April 1. The Kremlin, for its part, has raised terrorist threat levels in six regions on the border with Ukraine, while the authorities in Belgorod have called for volunteers to join people’s militias and help local police preserve law and order. Such actions could be a sign that hostilities could soon spill over to the Russian Federation.

Although Ukraine, at least at this phase of the conflict, lacks manpower to seize Belgorod, or any other city in Western Russia, it is entirely possible that its armed forces will continue conducting strikes in the region, aiming to prevent Russian army from regrouping and redeploying its troops to the Donbass. However, as soon as the self-proclaimed Donetsk People’s Republic forces completely seize strategically important port city of Mariupol – which will, most likely, take place by the end of April – Russia is expected to start launch a second stage of its “special military operation” in Ukraine.

But how long will the war in the Eastern European country last? According to some reports, Russian President Vladimir Putin apparently aims to end the conflict by May. On the other hand, NATO Secretary General Jens Stoltenberg warns that the war can last for months and even years. Olexiy Arestovych, an adviser to the Ukrainian president’s chief of staff, claims that the conflict between the two countries will last at least until 2035.

“Those who are not ready for this, those who are now shouting about how to live and raise children, they need to find another country. Here is a new Israel. Only the scale is steeper and scarier”, Arestovych stressed.

It is worth remembering that in 2019 the Ukrainian official predicted, with stunning accuracy, the Russian invasion of the former Soviet republic. More importantly, he described the Russian battle plan in full detail. He said that the invasion would involve a siege of Kyiv, an encirclement of Ukraine’s forces in the Donbass, an advance out of Crimea aimed at securing the peninsula’s water supply and another assault from the territory of Belarus.

Arestovych, however, is not the only Ukrainian official who openly speaks about the Eastern European country being a “new Israel”. The nation’s President Volodymyr Zelensky, has recently pointed that Ukraine will be a “big Israel with its own face”.

“Ukraine will definitely not be what we wanted it to be from the beginning. It is impossible. Absolutely liberal, European – it will not be like that”, Zelensky said.

Indeed, as long as the war goes on, Ukraine will not be a “liberal, European democracy”. From the Western perspective, Ukraine serves as an instrument against Russia. From the Russian perspective, the Eastern European country is merely a territory where Moscow is fighting a war against the West.

The problem for Russia, however, is that it is on its own in this war. Moscow’s close ally, Kazakhstan, rules out a recognition of the Russian-backed Donetsk People’s Republic and Lugansk People’s Republic. Kyrgyzstan, another Russian “client state”, took a neutral stance on the Kremlin’s military adventure in Ukraine. Armenia, another Russian ally, did not even take part in the United Nations vote on Russia’s exclusion from the UN Human Rights Council. The only Moscow’s ally that openly supports Russian actions in Ukraine is Belarus, although Minsk refuses to deploy troops to the neighboring country. Thus, if Ukraine is a new Israel, it can certainly continue counting on help from the West. But does that mean Russia – abandoned by its nominal allies – will play the role of Palestine?