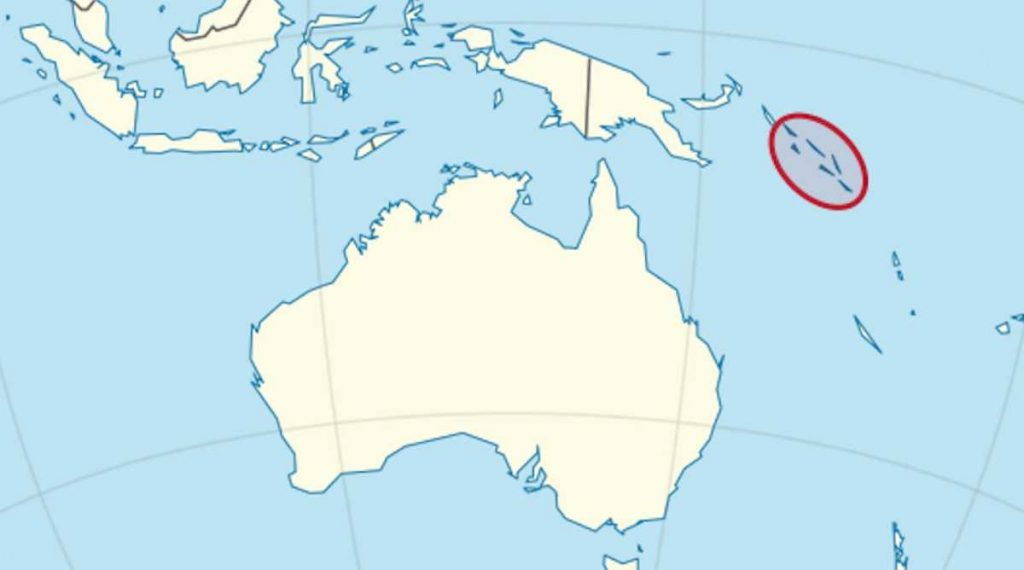 In late March, the Solomon Islands and China signed a draft security agreement that now allows China to send police, military personnel, or other security forces to the islands for the purpose of quelling unrest. In addition, China will be allowed to dock at Solomon Islands’ ports and replenish supplies per a report by Nikkei Asia on March 31.

The draft agreement is still being hammered out and must later be signed by the foreign ministers in China and the Solomon Islands. However, the main provisions of this agreement will not be radically changed.

As a result of the China-Solomon Islands security agreement, China’s naval power in the Pacific will be bolstered. However, this move has not occurred in a vacuum. Such a move will compel Australia and New Zealand to reassess their securities policies in the Pacific.

Australia offers a sneak preview to how China’s rivals in the Pacific will respond to its maneuvers in the region. In response to China’s new agreement with the Solomon Islands, Australian Defense Minister Peter Dutton announced that the country would fast-track its purchase of long-range strike missiles and its acquisition of fighter jets and warships. By acquiring new military equipment, Australia is taking steps towards confronting China as it grows in presence in the Pacific.

In the Oceania region, nations like Fiji, New Caledonia, and Vanuatu have already cooperated with China on matters of trade or military aid. These moves will further prompt Australia and New Zealand to counter with their own security measures in the region.

Australia previously intervened in late November 2021 after the Solomon Islands government was overwhelmed by violent protests in its capital city of Honiara, which compelled it to request for assistance from Australia. Most of these protests were directed against Prime Minister Manasseh Sogavare, who many of the demonstrators wanted to step down. The protests started out peacefully but then turned violent and spilled over to Honiara’s Chinatown district.

Australia and New Zealand then proceeded to send security forces to the Solomon Islands to assist the government in putting down violent protests, which largely targeted Chinese business entities. Heightened security cooperation between China and the Solomon Islands goes beyond friendly gestures. In certain respects, such agreements could potentially allow for a pro-China government in Honiara to clamp down on potential “color revolution” attempts by the West.

The Solomon Islands leadership insisted that its new deal with China forms part of its “friends to all, enemies to none” policy. However, a report by Rodger Baker of Stratfor noted that this draft has ruffled the feathers of member nations of the Pacific Island Forum. This inter-governmental organization is made up of countries such as Australia, Cook Islands, Fiji, French Polynesia, New Caledonia, New Zealand, Niue, Papua New Guinea, Samoa, Solomon Islands, Tonga, Tuvalu, and Vanuatu. The Pacific Island Forum countries most concerned by these recent developments are Australia and New Zealand.

While Australia is a country of over 25 million people, it views itself as an important actor in the Indo-Pacific region. As a member of the Quadrilateral Security Dialogue (QUAD), Australia will play a significant role in forming a balancing coalition against China. Australia has already joined the AUKUS trilateral security pact with the United States and the United Kingdom, in which it will receive nuclear-powered submarines.

The latest controversy surrounding China’s agreement with the Solomon Islands portends a protracted geopolitical struggle in the Indo-Pacific region.

Over the last century, US grand strategy has been to prevent the emergence of a regional hegemon in Europe, the Middle East, and East Asia. With no threats of a hegemon emerging in Europe or the Middle East, the US will be heading towards East Asia to check China’s rise.

Australia has been a long-standing ally of the US. It has had over 100 years of mateship (friendship) and 75 years of diplomatic relations with the US. This makes Australia a logical partner in assembling a balancing coalition against China in the Indo-Pacific. As China’s foreign policy grows more muscular in the Indo-Pacific, Australia’s security cooperation with the US and its allies in the QUAD and AUKUS will intensify.

Once the pivot to Asia is fully realized, a whole new set of conflicts will emerge in the Indo-Pacific as the US and China engage in heated bouts of security competition. Australia will figure prominently in China and the US’s struggle for hegemony in the Pacific.