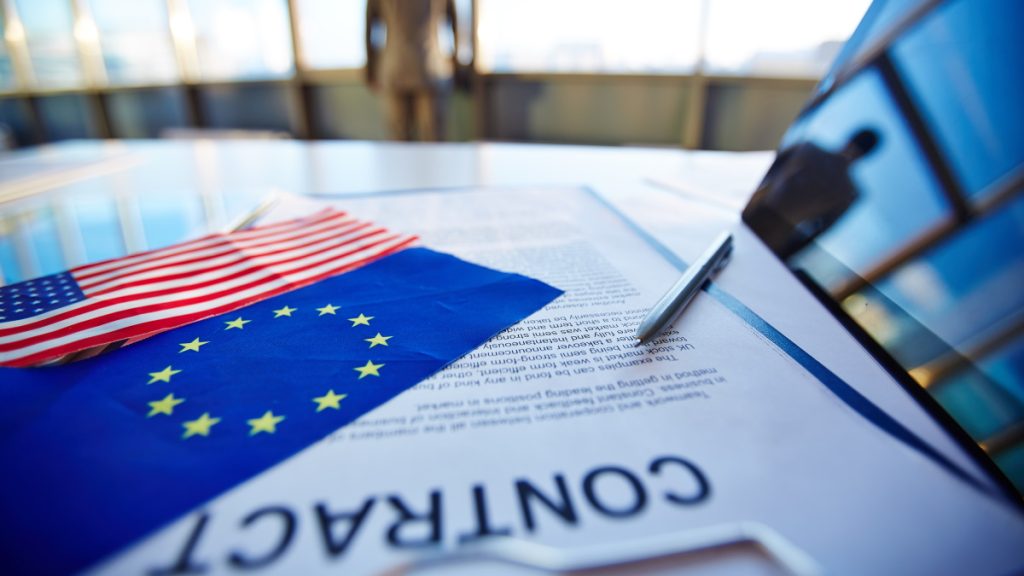 Since Russia’s invasion of Ukraine on February 24, 2022, Europe has committed itself to sanctioning Russia to the last European with five Euros in his pocket in an effort to strangle its economy, thereby throwing a major wrench in its military campaign. So far, Russia appears to be chugging along without many issues and is poised to liberate the Donbass from Ukraine.

However, things may not be looking so good on the Old Continent. Germany, Europe’s premier economic powerhouse, looks like it committed an own goal by hopping on board the European Union’s sanctions train. According to a report by Reuters, 46% of German companies have indicated that they want to slash investments because of rising energy prices. In addition, German exports to Russia have fallen by 62% as sanctions have gone into effect. Germany’s exports to Russia are valued at roughly $26.1 billion.

As for natural gas and oil imports, Germany buys 25% of its oil and 40% of its gas from Russia. Because of its dependence on Russia for its energy needs, various German interest groups such as large employers and unions have been hesitant about implementing a full-fledged energy embargo against Russia.

“A rapid gas embargo would lead to loss of production, shutdowns, a further de-industrialization and the long-term loss of work positions in Germany,” declared Rainer Dulger, President of the Confederation of German Employers’ Associations (BDA), and Reiner Hoffmann, President of the German Trade Union Confederation, in a joint statement released on April 18, 2022.

Should Germany follow through with an embargo or other forms of punitive economic measures that make it harder to import Russian oil and gas, it will go through an unprecedented level of deindustrialization, thus permanently tarnishing its reputation as a manufacturing powerhouse.

This nightmare scenario would ironically resemble the plan put forth by then-United States Secretary of the Treasury Henry Morgenthau towards the end of World War II.

At the start of 1944, Morgenthau wrote a memo detailing a plan to transform the modern German economy into an agricultural economy — a move that would drastically limit its ability to wage wars because of the destruction of its industrial sector.  One part of this consisted of the removal or complete elimination of industrial equipment in Germany’s Ruhr region, which was renowned for its industrial activity.

Furthermore, the Morgenthau Plan featured a plan to partition Germany. Countries such as France and Poland would obtain parts of Germany, while an international zone would be established in the Ruhr region and industrial areas bordering it. The rest of the country would be separated into two independent states — a South German state and a North German state.

At the time this plan was being floated, there were several skeptics. All things considered, their skepticism was justified. Through the de-industrialization of Germany, millions of Germans could have perished due to starvation while the survivors would have to experience reduced living standards.

Thankfully, Germany did not embrace this plan at the time. However, Germany in the present appears to be channeling the de-industrialization spirit of the Morgenthau Plan, as it imposes self-destructive sanctions on Russia and does nothing to liberate its energy sector.

Such moves are not exclusive to Germany, however. By and large, the EU has thoroughly embraced the green energy mania and has zealously supported the sanctions campaign against Russia.

While it’s correct to note that the Russo-Ukrainian conflict is a proxy war between Russia and the collective West, it’s also an under-handed way for the US to put Europe under its thumb. For one, the sanctions own goal and decoupling from Russian oil and gas will devastate EU economies. As a result, the Old Continent will witness wholesale reductions in the overall standard of living — something that it hasn’t experienced in multiple decades.

To put a band-aid on this situation, many of these countries will likely turn to overpriced American LNG to meet their energy needs. In addition, Russia’s invasion of Ukraine has motivated the US to pressure European countries, especially those in NATO, to boost defense spending, thereby creating new opportunities for the American military-industrial complex to sell a plethora of arms to these countries.

Overall, the scenario looks bleak for Europe. There will be heightened security competition between the EU and Russia, which the US will egg on. Increased defense spending means that there will be less resources that will be allocated towards shoring up domestic infrastructure and other social programs. And let’s not even mention the reduction in living standards brought about by the toxic cocktail of sanctions and oppressed energy sectors.

If things continue the way that they’re going, Europe faces a future where it will be less secure. prosperous, and politically independent. Sadly, this is a self-imposed fate that could have been avoided if Europe pursued realistic foreign and energy policies that deviated from the conventional wisdom in London and Washington.

So far, there are no leaders in the Old Continent who are willing to buck the status quo and chart an independent course. Europe will suffer as a result.