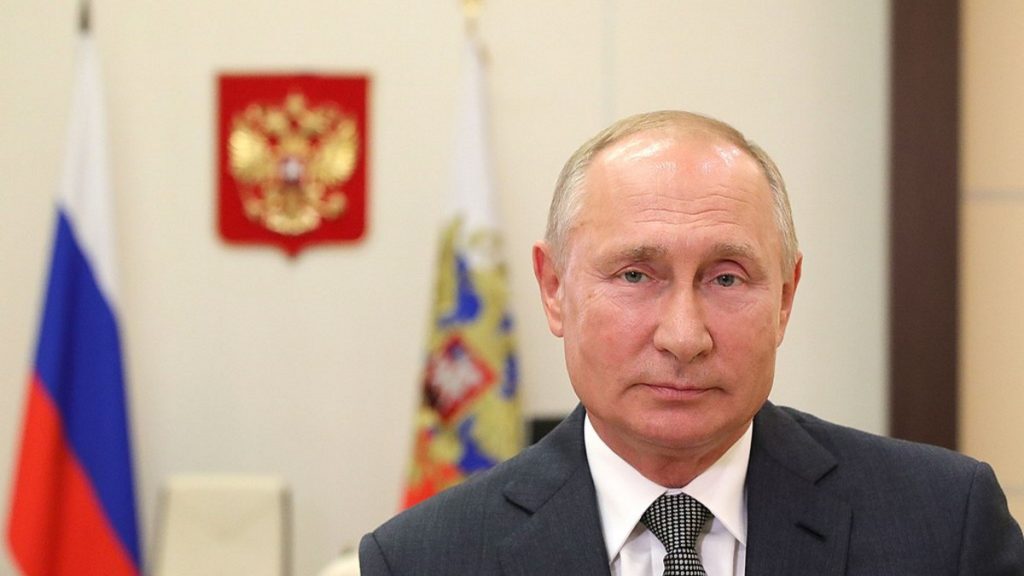 “Never change a losing team” seems to be the Kremlin’s official policy. Despite several catastrophic geopolitical defeats, including the military debacle in Ukraine, Russian President Vladimir Putin does not seem willing to make any significant changes.

Rumors are flying that the Russian leader has sacked eight top generals, and put under house arrest some of his advisers. Even if such speculations are true, there are no indications that Moscow has really started changing its geopolitical course, as well as military approach vis-à-vis Ukraine.

Prior to the so-called special military operation in the Eastern European country, the Kremlin reportedly “forgot” to withdraw Russian assets from the Western banks. As a result, Putin’s “dear Western partners” froze around $300 billion out of $640 billion that Russia had in its gold and Forex reserves.

There are at least two crucial questions that will, most likely, remain unanswered. Why did Russia hold its assets aboard in the first place, and who is responsible for such an epic failure?

However, nobody seems to be responsible for such a decision. The very fact that Elvira Nabiullina recently got another five-year term as the head of Russia’s central bank clearly suggests that Putin does not intend to change Russian macroeconomic policy. She has been running the country’s economic and monetary policies for at least 15 years. Among one of Nabiullina’s original backers for the initial central bank post in 2013 was German Gref, Chief Executive of Sberbank, Russia’s biggest bank. Gref served as Economy Minister from 2002-2007, and Nabiullina served as his deputy. She also actively cooperated with Alexei Kudrin, a former Russian Finance Minister and one of the major architects of the Russian neoliberal economic model in which oligarchs play a significant role. Kudrin is now the Chairman of the Accounts Chamber of the Russian Federation, which is another sign that Putin does not intend to fire any key Russian economic policy makers.

Western sanctions, rather than Putin, created a partial “deoligarchization” of the Russian economy. After the West started imposing sanctions on Moscow, several Russian oligarchs fled to Israel. Anatoly Chubais, who is seen as “the father of the Russian oligarchs”, recently joined them in the Jewish State. He is best known as the architect of Russia’s controversial privatization scheme in the 1990s, and one of leading economic neoliberals in the Russian elite. In 1999, it was Chubais who brought Putin to the Kremlin. To this day, Putin remains surrounded by oligarchs and neoliberal economists.

There are fears in Russia that certain members of the ruling elite are not interested in Moscow’s victory in Ukraine.

“They are doing their best to prevent Russia from defeating Ukrainian Armed Forces”, wrote Oleg Tsaryov, a former member of the Ukrainian Parliament who moved to Russia following the start of the Donbass war in 2014.

The West, for its part, allegedly aims to use the seized Russian assets to rebuild Ukraine. Moreover, the United States plans to formally confiscate the assets of sanctioned Russian oligarchs to pay to “remedy the harm Russia caused, and help build Ukraine.” The Kremlin’s reaction to such initiatives can be described as another demonstration of Russian impotence.

“Such a move would present an outright theft”, said the Kremlin’s spokesman Dmitry Peskov.

According to Tsaryov, as a result of the Russian elite’s actions, Moscow refuses to seize Western assets in Russia, “which would be a logical symmetric response to the Western sanctions”. Still, the Kremlin officials insists that it is the United States that aims to “to deal a serious defeat to Russia and limit its economic development and political influence in the world”.

Even if such an assumption is correct, it is the Kremlin that is actively helping the United States achieve its goal. As long as Putin and his neoliberal oligarchic elite remain in charge in Russia, Moscow is very unlikely to change its economic policy. As a result, Russia will not be able to mobilize its economy for war production, which will have severe consequences for the outcome of Putin’s military adventure in Ukraine.

Russia
Share. Twitter Telegram LinkedIn Facebook Email
Previous ArticleHas Venezuela Found a New Ally in Turkey?
Next Article Is Germany Shooting Itself in the Foot By Joining the West’s Economic War Against Russia?