Will Africa Break Economic Ties With Russia Due to U.S. Pressure? 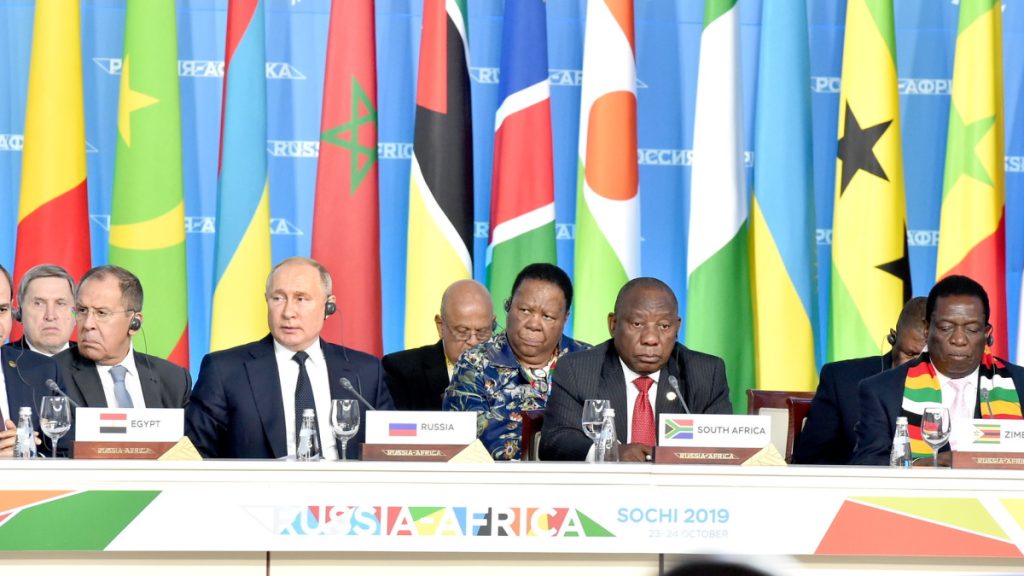 Earlier in August, Linda Thomas-Greenfield, the United States ambassador to the United Nations, cautioned African nations about purchasing goods and services outside of fertilizers and grains. Should they step out of line, these countries could face sanctions.

While visiting Uganda, Thomas-Greenfield did concede that countries could still buy “Russian agricultural products, including fertilizer and wheat” but noted that “if a country decides to engage with Russia, where there are sanctions, then they are breaking those sanctions.”

“We caution countries not to break those sanctions because then … they stand the chance of having actions taken against them,” she emphasized. Thomas-Greenfield explained that by buying Russian oil, African countries run the risk of getting sanctioned. The funny part is that many of the countries in the Collective West are still purchasing Russian crude oil before an oil prohibition goes into effect at the end of 2022.

Several African nations such as Uganda have not jumped on the anti-Russia sanctions bandwagon nor have they condemned Russia for its military incursion into the US. Several African nations has been able to put two and two together and have come to the realization that the combination of the Western sanctions and the war have brought about rising food prices and worsened shortages.

Africa remains a region of interest for great powers such as China, Russia, and the United States. China has already gained notoriety for its Belt & Road Initiatives and similar infrastructure investment projects in Africa.

For its part, Russia will seek to maintain solid relations with African nations on defense matters, especially arms sales. In terms of military equipment imports, nearly half (49%) come from Russia. Algeria, Angola, Burkina Faso, Egypt, Ethiopia, Morocco, and Uganda are the principal buyers of Russian arms.

In a unipolar environment, when the US was still the top dog, African nations generally threw their economic lot behind it. However, in a more competitive multipolar world, countries like China and Russia offer a unique set of alternative opportunities for African countries to enjoy. The US’s reputation has taken a hit on the world stage after waging unpopular nation-building experiments in Afghanistan and Iraq in the past two decades.

On top of that, the US is notorious for its “woke” foreign policy that generally consists of both the government and NGOs advancing American cultural norms to developing nations, which tend to view liberal values emanating from the US as hostile and antithetical to their cultures. As a result, many countries in the Global South have become hesitant about bolstering ties with the US.

Africa already dealt with European colonization and wants to avoid a repeat of that experience. Unlike the Collective West, Africa does not possess a universalist mindset when it comes to how it views Russia. African nations’ relationships with the Eurasian power are rooted in pragmatism.

As US influence grows more erratic on the world stage and its polarized domestic politics undermine it from within, more African nations may opt to partner with China or Russia, despite being less lucrative options in terms of trade and investment. Oftentimes international actors favor stability over profitability when deciding how to build bilateral relations.