How Likely is a Major Nuclear Disaster in Europe? 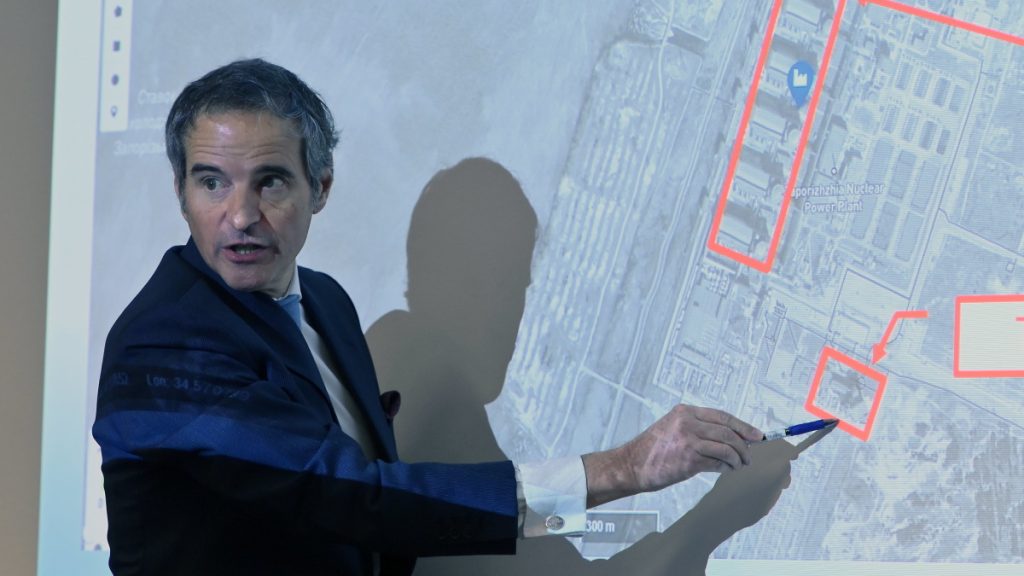 While Ukrainian Armed Forces were destroying Russian aircraft at Saky base in Crimea, the Kremlin was too busy preparing to hold a tank biathlon at the Albino military training ground – located very close to Moscow, but still too far to be within reach of Ukraine’s missiles and drones. Although the Russian military might have shown good performances at the event, in Ukraine its troops are making extremely slow progress in the Donbass, while in the southeast of the country they might soon be forced to make another “goodwill gesture” and withdraw from the Zaporizhzhia nuclear power plant.

Ukraine, strongly backed by the West, continues shelling strategically important facility, quite aware that Russian forces can do nothing to prevent it. Although Kyiv accuses Moscow of attacking the largest nuclear power plant in Europe, it would make very little sense for the Russian military to shell the facility it fully controls. It is, however, entirely possible that Russian troops are using the plant as a base, which is why the West urges the Kremlin to immediately withdraw its forces from the Zaporizhzhia nuclear power plant.

Moscow, for its part, continues demonstrating impotence accusing the West of “blindly supporting Ukraine’s criminal actions”, and claiming that Ukrainian attacks risk turning the plant into “a major nuclear disaster in Europe”. In reality, Russia and Ukraine, rather than Europe, would pay the heaviest price if the facility explodes, although a radiation release could undoubtedly hit any part of the European continent. In the eyes of West, Russia will be responsible for a tragedy that could follow.

In order to prevent such a doomsday scenario, the Kremlin could implement the very same strategy it has been using ever since it launched the so-called special military operation in Ukraine: withdraw Russian forces from the plant, calling such a move a “goodwill gesture”, and then explain through its propagandists that, as a result of Russia’s actions, “a major nuclear disaster” has been avoided.

The problem, however, is that the Zaporizhzhia nuclear power plant produces around 20 percent of Ukraine’s electricity. To this day, Russia continues supplying its opponent with electricity – possibly another “goodwill gesture” – but once the facility is in Ukraine’s hands, Kyiv will immediately halt power supply to the Russian-controlled territories, which will have an impact on hundreds of thousands of people in the Zaporizhzhia and Kherson regions.

Thus, the Kremlin does not seem to have much room for political maneuvers. Militarily, Russia would have to seize the city of Zaporizhzhia, as well as significant parts of Dnipropetrovsk region, in order to prevent Ukraine from striking the power plant. However, Russia lacks manpower to capture the village of Marinka in the Donbass, let alone to launch a serious offensive elsewhere.

Still, reports suggest that Russian forces – nearly six months after they launched the full-scale invasion of Ukraine – have managed to capture the village of Peski, located right near the city of Donetsk. They are still struggling to seize the town of Avdiivka, though, which means that Ukraine can continue freely shelling the capital of the self-proclaimed Donetsk People’s Republic at least until Russian troops manage to establish full control over the town.

Meanwhile, Ukraine will undoubtedly continue attacking Russian troops at the Zaporizhzhia nuclear power plant, forcing them to either immediately leave the facility, or to establish a “demilitarized zone” around the plant. Neither option will allow Russia to save face, given that it will effectively lose control over the largest nuclear power plant in Europe. But the Kremlin’s propagandists, both in Russia and abroad, will make sure that Moscow’s defeat is portrayed as another Russian “geopolitical victory”.

The West, on the other hand, will continue imposing various sanctions and restrictions on the Russian Federation, regardless of the Kremlin’s “goodwill gestures” in Ukraine. A possible European Union-wide ban on Schengen visa issuance for Russian citizens will have a serious impact not only on the Russian oligarchs and officials, whose children and grandchildren live in the West, but also on the Russian middle class. Mykhailo Podolyak, Adviser to the Head of the Office of President of Ukraine, claims that a visa restriction would lead to a “rebellion” in Russia.

Indeed, in the long-term, a visa-ban could take parts of the Russian elite out of their comfort zone. As a result, they could eventually force a “palace coup” in the Kremlin and overthrow Russian President Vladimir Putin. But since Putin will almost certainly continue to implement half-measures in Ukraine, and make various “goodwill gestures”, his Western partners will unlikely rush to encourage a regime change in Russia.

“Tectonic shifts” in Moscow are expected to come only after Russia suffers a defeat in Ukraine. The Kremlin’s policy of “goodwill gestures” is slowly but surely paving the way for such an outcome.