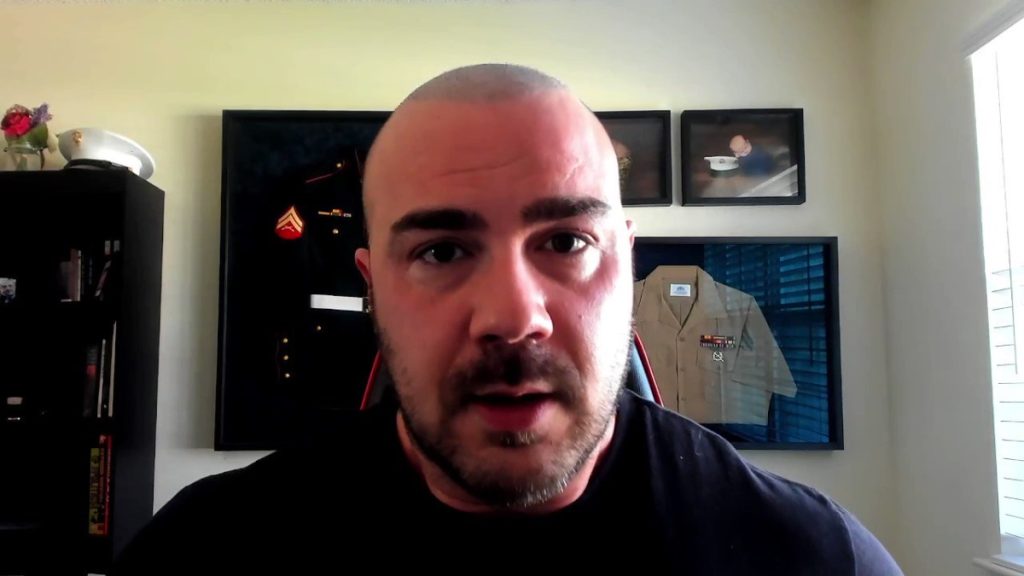 USMC Veteran Lucas Gage discusses joining the marines after 9/11 and then becoming disillusioned with the GWOT, Military-Industrial-Complex, and American Empire. U.S. Empire or neoliberal globalism has basically taken over the planet with cultural, financial, and military conquest, but it’s stretching itself thin and the world’s getting sick of it. The U.S. has put Ukraine on a suicide mission and doesn’t’ give a damn about the country. The American political elite are keeping the nation divided (e.g. race, vaxxed, gender) as they pillage the country. American under Biden looks weak and WW3 is not impossible. He gives some tips on activism and planting seeds of peace and truth.

After I saw the 9/11 attacks live on television, I signed up for the Marine Corps. Four days after my high school graduation, I went straight to boot camp at Parris Island, South Carolina. I endured three months of hell, but graduated as a United States Marine.

During my service, I was deployed twice to Iraq: Operation Iraqi Freedom in 2003, and Operation Enduring Freedom in 2004. I was honorably discharged as a corporal after four years of service. But my return to civilian life would prove to be difficult. Within months of being home, I began to experience symptoms of post­traumatic stress disorder (PTSD). This affected my personal relationships and several other facets of my life.

Trying to find out how to fix what was wrong with me, I stumbled upon neuro-linguistic programming (NLP). I found the subject interesting and decided to become an NLP practitioner. After two years of study, I graduated from the Center for Positive Change and Hypnosis in New York. NLP helped me greatly with my personal challenges, and so I wanted to help others with theirs. I started a life-coaching business, and helped a few clients, but it didn’t last long, thanks to my PTSD.

I was very angry and resentful at this time. I really hated how corrupt the system was, and it drove me into politics. Becoming an anti-war activist, I spent many years exposing the warmongers and corrupt traitors in our government. But after years of activism, I only made a small dent in the narrative, and the stress and anxiety trying to “wake” everyone up, only made my PTSD worse.

Still trying to heal myself, I stumbled upon the works of Marcus Aurelius, Alan Watts, and Lao Tzu. Their teachings led me down a spiritual path that changed my life. The combination of NLP, reading their work, and practicing meditation, led me to have a spiritual epiphany. This caused me to abandon my belief system and transcend identity politics completely. I decided to quit politics and get back what I originally wanted to do: writing, philosophy, and life coaching.