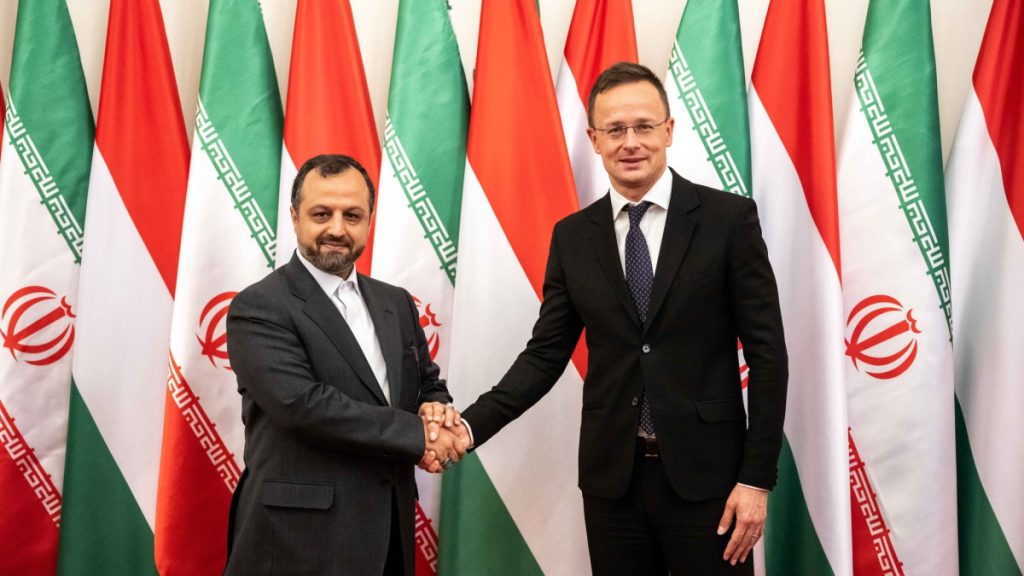 According to a report by the Islamic Republic News Agency, the two parties mentioned how there was a 55% increase in bilateral trade between the 2nd and the 3rd Joint Economic Cooperation Commission.

At the end of the meeting, Khanduzi said that the two countries agreed to boost the level of their bilateral trade to 100 million dollars on a yearly basis.

Khanduzi stressed the shared interests that Iran and Hungary hold:

The economic minister added, “The message of the two countries’ economy ministers is not limited to their economies only, as they both can contribute to resolving the regional conflicts and disputes.”

Since Viktor Orbán kicked off his second stint as Prime Minister in 2010, Hungary has turned into Europe’s black sheep on both domestic and foreign policy fronts. The Hungarian government has demonstrated a penchant for pursuing an independent foreign policy that often irks foreign policy elites in Brussels, London, and Washington DC.

Throughout the Russo-Ukrainian conflict, Hungary has maintained a policy of neutrality that stresses the importance of bringing a peaceful end to this Slav-on-Slav military struggle. At an event hosted by the Századvég Institute, Balázs Orbán, the Political Director of the Prime Minister, made a powerful appeal for realism with regards to the present Russo-Ukrainian geopolitical quagmire.

The Political Director of the Prime Minister emphasized how “We Hungarians are realists, and we urge peace. We were one of the few who spoke up for peace from the very first moment, because we do not want to dance on the battlefield of empires.”

“We were one of the few who spoke up for peace from the very first moment, because we do not want to dance on the battlefield of empires,” Orbán concluded.

As for Iran, the Middle Eastern country has been on the receiving end of draconian sanctions, failed color revolution attempts, and sabotage efforts perpetuated by the Collective West and its Middle Eastern satrapy in Israel. It’s among the most isolated countries on the world stage. For its part, Hungary has been on the receiving end of a two-minutes hate campaign for its controversial domestic policies — defense of family values and immigration restriction — and its independent foreign policy where it has courted China and Russia despite the Collective West’s efforts to whip all European countries in line to oppose the Eurasian behemoths.

Although Hungary has warm relations with Israel, one of Iran’s staunched enemies, it appears that the Central European nation is willing to build stronger relations with Iran in order to diversify its geopolitical portfolio. For one, Iran has done nothing to antagonize Hungary and, in many respects, shares similar enemies in the Collective West. The woke West wants to implement some form of regime change to fundamentally transform these two societies. For that reason, along with Hungary’s realist foreign policy inclinations, Hungary and Iran will naturally gravitate as the West’s foreign maneuvers grow more woke imperialist by each passing day.

These emerging relationships will become the new norm in the multipolar world that’s emerging in response to the Collective West’s overzealous foreign policy ambitions.

EU Hungary Iran
Share. Twitter Telegram LinkedIn Facebook Email
Previous ArticleJohn Whitehead: The Future Is Everything the Science Fiction Writers Have Prophesied
Next Article Hrvoje Morić on The Jist: What The Collapse of FTX Means, CBDCs, UN & The Lucis Trust