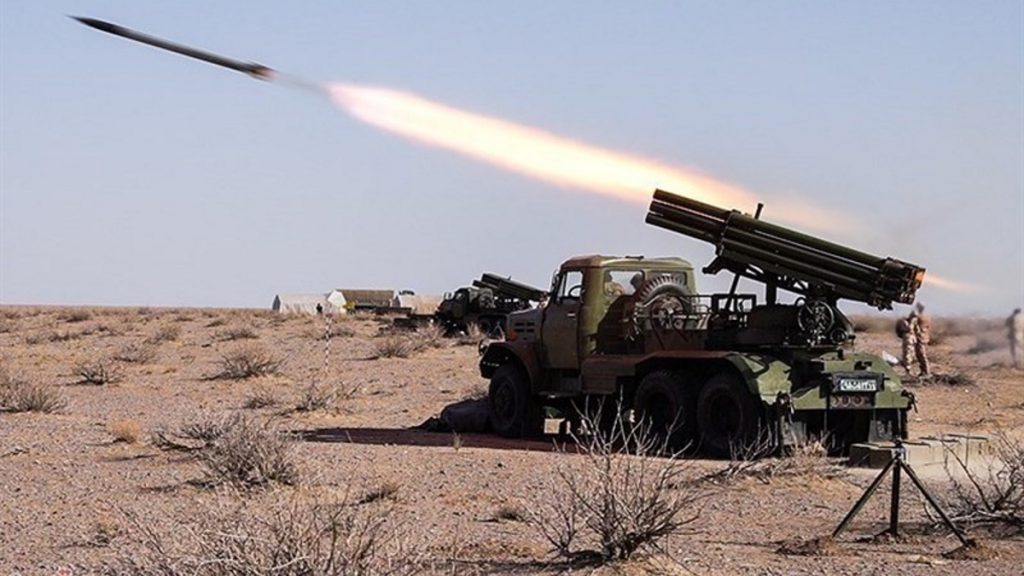 On November 20, 2022, Iranian military forces launched a series of air strikes against Kurdish groups in northern Iraq. These groups were alleged to be connected to anti-government protests inside of Iran, which were kicked off by the death of a 22-year old Iranian Kurdish woman back in the middle of September.

The Islamic Revolutionary Guard Corps (IRGC) claims to have hit three areas of Iraq’s Kurdistan region with drones and missiles. Camps that supposedly housed terrorist groups were the primary targets.

According to accounts from Iranian state media, 26 members of the Komala and the Democratic Party of Iranian Kurdistan were killed in these attacks. The IRGC alleged that the groups in question were smuggling weapons in addition to engaging in sabotage operations inside of Iran.

United States Central Command was infuriated by the Iranian attacks, proclaiming that they violated Iraq’s sovereignty and fomented instability in the Middle East.

This is the latest round of attacks the IRGC has launched against Kurdish groups in the last two months following the hijab protests. Towards the end of September, the IRGC carried out 73 drone and rocket attacks against Iranian Kurdish dissident groups stationed in Iraq. These attacks were directed towards 10 different camps that resulted in the deaths of 13 people and the wounding of 58 others.

Iranian officials have repeatedly blamed Kurdish separatist entities for stoking insurrectionist activity in Iran’s Kurdistan region throughout the anti-hijab protests. Curiously, the IRGC launched attacks against an alleged Israeli intelligence base in Erbil, the capital of Iraqi Kurdistan back in March.

At around 9 to 10 million, Kurds comprise slightly over 10% of Iran’s population. Historically, Iran has had relatively tame relations with its Kurdish minority. It’s often forgotten that Kurds are an Iranian people whose language is part of the Western Iranian branch of the Iranian languages.

The conflict between Iran and the Kurds in many ways represents a proxy war between Iran and the American/Israeli axis. As a stateless people, the Kurds have long vied for independence in the territories they reside in — Iraq, Iran, Syria, and Turkey. In these countries, the issue of separatism has posed some form of security threat.

Outside actors like the US and Israel have observed these tensions with great interest. The US has an interest in not seeing any Middle Eastern country achieve regional hegemony. One of the more underhanded ways of achieving that goal is by encouraging separatism and other movements that undermine the territorial integrity of countries in the region that aspire to become great powers.

Similarly, Israel is in a perpetual state of fear when it comes to its security concerns. In many respects, it is surrounded by hostile countries or countries with large numbers of people who despite the Jewish state. Supporting separatist groups like the Kurds can give Israel some breathing room in how these groups could potentially weaken countries such as Iran from within.

Incoming Prime Minister Benjamin Netanyahu has previously supported the Kurds’ independence efforts. In 2014, he gave a speech at Tel Aviv University’s Institute for National Security Studies where he described the Kurds as “a warrior people, that has proven their commitment to moderate politics, and are worthy of an independent state where autonomous Iraqi Kurdistan is located today.” Netanyahu has also been critical of Turkey’s military maneuvers in Syrian Kurdistan in 2019.

While Netanyahu’s statements about Kurdish democracy are filled with platitudes about the virtues of democracy there is ultimately a geopolitical undertone to them. As a seasoned Israeli realist, the three-time Prime Minister understands that any separatist movement that can cause trouble to aspiring hegemons such as Iran and Turkey would be a welcome development for the Jewish state.

All in all, countries like Iran are responding rationally to the Kurdish threat, no matter how much the Collective West complains about it. Maintaining territorial integrity is one of the foundational functions of a competent state. Without it, nations become geopolitical playthings for hostile external actors.

For that reason, Iran will continue to take hardline measures against the Kurds and do everything possible to crack down on separatist movements within its borders. No matter the system of governance, states will always go to great lengths to maintain their territorial integrity, even if it means committing heinous acts of repression.