Is Belarus’ Direct Involvement in the Ukraine War a Matter of Time? 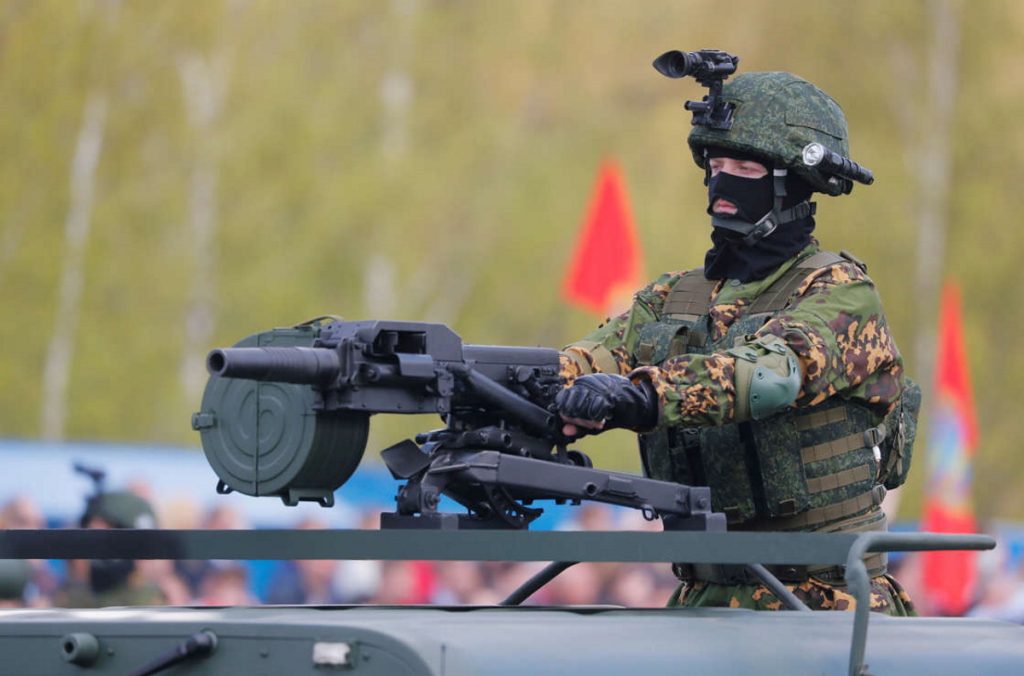 Belarus – Russia’s only ally in Europe – seems to be preparing for direct involvement in the Ukraine war. If Russian Armed Forces do not make significant progress in the Donbass, or if the Ukrainian Army launches a successful counteroffensive in the south of the country, the Kremlin might have to pressure Minsk to open a “second front” against Ukraine.

Ever since Russia launched its “special military operation” on February 24, Ukrainian and Western officials and analysts have been speculating about possible Belarusian involvement in the conflict. To this day, however, Belarusian troops have not crossed the border and attempted to seize portions of Ukrainian territory, although such a move would allow Russia to speed up its offensive in the Donbass.

The problem, however, for both Moscow and Minsk is that Belarusian troops are far from being motivated to fight. They lack combat experience, and a potential involvement in the Ukraine conflict could have severe consequences for Belarus’ national security. Given that Russia cannot prevent Ukraine from striking Russian territory, in case Belarusian forces invade Ukraine it is almost certain that Kiev will retaliate by firing missiles on towns and cities in southern Belarus. More importantly, “Belarusian partisans” would likely try to sabotage the government’s actions, as they relatively successfully destroyed parts of Belarus’ railway infrastructure during the first stage of Russia’s military adventure in Ukraine.

In addition, around 200 citizens of Belarus are already fighting on the Ukrainian side against the Russian Armed Forces. According to Gennady Kazakevich, Belarusian Deputy Minister of Internal Affairs, they are in the ranks of the nationalist battalions of Ukraine, and most of them participated in the 2020 protests that almost paralyzed Belarus. Given that the majority of Belarusians do not support their country’s participation in the Russian invasion of Ukraine, a potential troop deployment to the neighboring country could backfire and lead to another huge crisis in Belarus.

Quite aware of that, Belarusian President Alexander Lukashenko seems to hesitate from a further escalation. Still, his recent statements suggest that Minsk is actively preparing for the worst case scenario.

“We will have to fight for western Ukraine so that it is not chopped off. Because this is death for us, not only for Ukrainians. Terrible processes are underway,” Lukashenko said on the 10th of June.

Previously, in May, speaking of possible Polish involvement in the Ukraine war, Lukashenko stressed that “Ukrainians will eventually have to ask Belarus to prevent the separation of their country”. Does that mean that Belarusian troops will enter Ukraine if Polish forces do the same?

Such an outcome would turn Ukraine into a new Syria, where various foreign powers have their own occupation zones. It is worth remembering that Lukashenko, in 2015, warned that the Donbass war, that erupted in 2014, could have severe consequences for the entire world.

“If we do not stop the bloodshed in Europe, this fratricidal slaughter, if we allow the escalation of this conflict, it will be ‘hot’ in the entire civilized world. This will mean another step toward a global conflict, and perhaps toward another world war, this time in the center of the civilized advanced world”, Lukashenko said during the UN Summit in New York.

His prediction seems to be coming true. Weeks before Russia launched the invasion of Ukraine, Lukashenko hinted that Moscow, Minsk and Kiev could eventually become allies.

“If we don’t make a mistake, in the next 15 years Ukraine will become a Russian and Belarusian ally”, Lukashenko stressed.

The Kremlin has made too many mistakes ever since. Four months after it launched “the special military operation to protect the Donbass”, Russia still cannot protect the residents of Donetsk from constant Ukrainian shelling. Meanwhile, Western leaders continue freely visiting Kiev, given that Russia withdrew its troops from the region “as a goodwill gesture”.

Still, Moscow managed to preserve its influence in Belarus. The Eastern European country has overtaken Germany and become Russia’s single largest importer of goods. Reports suggest that German exports to Russia fell to $800 million in April 2022, whilst Belarusian exports doubled, rising to over $1.5 billion. More importantly, Lukashenko’s political fate heavily depends on the Kremlin, which means that Russia can eventually pressure Minsk to deploy troops to Ukraine.

The Belarusian Army plans to hold military exercises in June and July in the Gomel region, close to the Ukrainian border. That, however, does not necessarily mean that Belarus will invade Ukraine. Military drills, as well as Lukashenko’s rhetoric, likely aim to prevent Kiev from redeploying its troops to the south and the east of the country.

Thus, at this point, Belarusian troops are unlikely to join Russia’s “special military operation” in Ukraine. But in the long-term, such an option will almost certainly be on the table.