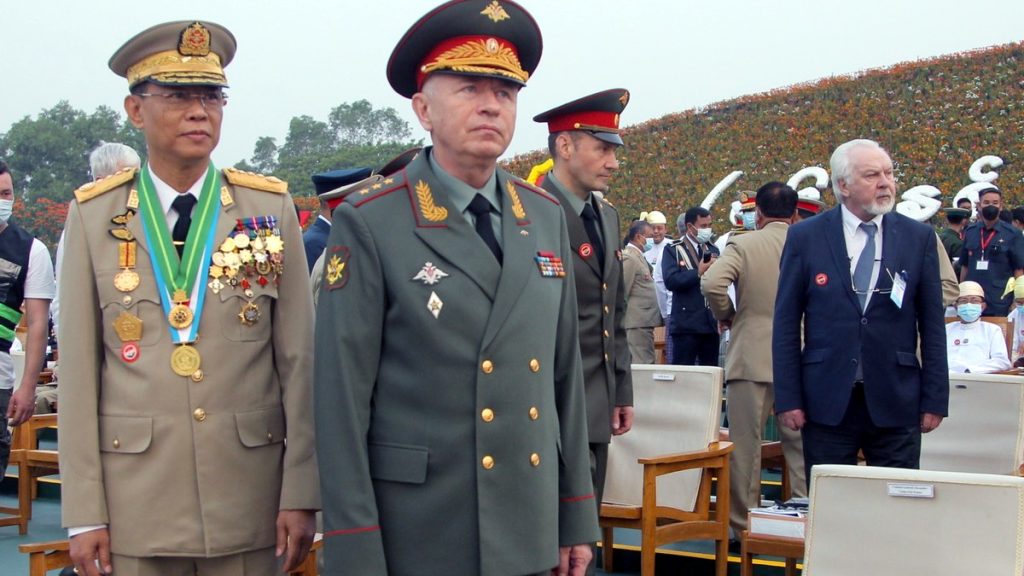 RIA Novosti also reported that the first Russian fuel shipments to Myanmar are expected to arrive in coming days. In the months following the launch of its special military operation in Ukraine, Russia has been urging countries to pay for Russian oil and gas in rubles to wean itself off the US dollar, euro, and other currencies that are subject to sanctions from the Collective West.

Myanmar’s reported agreement to pay for Russian oil and gas in rubles is just the latest chapter in the two countries’ ever-warming relations.

Contrary to popular belief, Myanmar’s relations with its northern neighbor in China have been relatively icy over the years. As a result, Myanmar has gravitated more towards its other neighbor in India and in recent decades, Russia. On military matters, the Russia-Myanmar relationship appears to be growing more intimate.

Prior to the 21st century, China was Myanmar’s main arms supplier. However, owing to the questionable quality of Chinese military equipment and fears that China was also backing various insurgent groups in the northern part of the country, Myanmar began to look for other alternative arms suppliers.

In time, Myanmar found a reliable partner in Russia. In the period from 2001 to 2021, Russia sold $1.7 billion in arms to Myanmar, a similar quantity of arms that China supplied it with during this timeframe.

Military relations between the two countries only deepened on June 16, 2016, when Russia and Myanmar signed an agreement on military cooperation. This agreement entailed cooperation in the fields of hydrography, military education, military medicine, navy, and topography. In addition, the Russian Defense Ministry said at the time that agreement would involve the exchange of information on matters concerning counterterrorism in addition to cultural exchanges and the sharing of best practices for peacekeeping operations.

Myanmar’s relationship with Russia has only grown strong following its controversial expulsion of the Rohingya in 2017, which set back the progress it made the previous decade in establishing ties with the West. The coup that took place on February 1, 2021 further isolated Myanmar on the world stage as it faced heavy sanctioning and diplomatic condemnation from the West, thereby compelling it to forge closer ties with Russia. Even when Myanmar’s military began cracking down on protesters, Russia was not fazed and maintained that Myanmar is a “reliable ally and strategic partner” in Southeast Asia.

In a similar token, Russia’s special military operation in Ukraine has resulted in the nuclear power’s isolation from the West. Unlike the West and several Asian nations, Myanmar’s military council approved of Russia’s special military operation in Ukraine when the conflict broke out. Given the shared diplomatic isolation and heavy sanctions regime both countries have been subjected to, Russia and Myanmar are natural fits as strategic partners.

Based on the latest economic news between Russia and Myanmar, it appears that the relationship between the two countries will only tighten. Both countries are viewed as illiberal autocracies by the Collective West. Moreover, they’re also facing stiff sanctions and diplomatic ostracization from the Western bloc.

Over the past decade, Russia has already been making its own pivot East, a trend that has only accelerated in light of Russia’s military incursion in Ukraine.

With Russia still re-orienting its economic focus towards the East, it’s going to need to find new economic suitors for this economic transition to go smoothly. Myanmar will be chief among Asian nations that Russia will be seeking to partner with in both economic and military spheres.

Both countries can rest easy in knowing that their foreign policies are rooted in pragmatism and realism, as opposed to the ideological fanaticism that animates the Collective West.